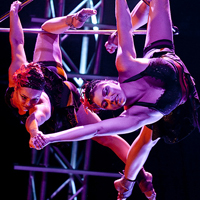 For those hoping that skateboarding or even inline, for that matter, would soon be an Olympic sport, the International Olympic Committee (IOC) has punted it in favor the recent short-listed sports, wrestling, baseball/softball, and squash. Last week, in a statement that declares who’s going to make the cut for the IOC Session vote in Buenos […]