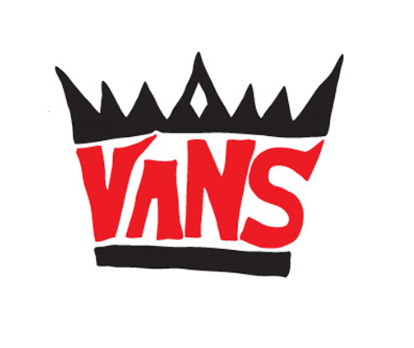 On June 14, 2012, Vans, owned by VF Corporation, owners of The North Face, Reef, Wrangler, Lee, and others, outlined a a strategy to add $1 billion in revenues over the next five years. For the first time ever, the investor meeting was held at the House of Vans in Brooklyn, which raised the profile of the 24,000-foot skate facility that’s quickly becoming the go-to area for skaters in NYC.

In addition, Vans announced that it expects revenues to reach $2.2 billion by the end of 2016.

“Having more than tripled its revenues since being acquired in 2004, Vans is an amazing example of the power of VF’s business model that enables brands to grow profitably and globally while protecting their unique cultures,” said Eric Wiseman, VF Corporation Chairman and Chief Executive Officer. “Our investments to grow Vans across a variety of platforms – product innovation, geographic expansion and direct-to-consumer – have provided us with a very strong foundation to support its next chapter of growth.”

According to Vans President Kevin Bailey, “Since 1966, we have been focused on building products that enable creative self-expression. From our first skate shoe to today’s announcement of the LXVI line, Vans defines “Off the Wall” youth culture. Generating increasingly more powerful connections with our consumers while leveraging the substantial resources of VF will drive our growth in both established and emerging markets, adding $1 billion in new revenues by 2016.”

Vans expects substantial growth in each major geographic region during the next five years. Growth in the Americas, representing about 70 percent of total revenues in 2011, will account for nearly half of the anticipated $1 billion in revenue growth. With balanced growth across both wholesale and direct-to-consumer channels, a key focus will be expansion outside Vans’ core West Coast market. Major metropolitan areas such as New York City and Mexico City, where Vans has demonstrated great success, will be utilized as epicenters to drive brand awareness.

In Europe/Middle East/Africa, Vans expects to add $350 million in revenues by 2016. This follows a year of growth in 2011 when Vans achieved 55 percent constant dollar revenue growth in the region. Building on successful strategic execution in the United Kingdom, Vans outlined how investments in social media, traditional advertising and grassroots events will serve as a catalyst to drive continued growth across Europe.

Asia Pacific (APAC) is expected to be Vans’ fastest growth region with its largest opportunity concentrated in China. Accounting for 8 percent of the brand’s revenues in 2011, APAC revenues are expected to nearly triple by the end of 2016, adding $170 million in growth.

Vans’ direct-to-consumer business, encompassing owned retail stores and e-commerce, should add $435 million in revenues by 2016. E-commerce is expected be Vans’ highest percentage growth channel, increasing nearly 40 percent annually and adding $100 million to revenues over the next five years. To showcase the brand’s wide array of footwear and apparel products, culture and imagery, Vans will continue to expand its retail stores, with plans to add more than 200 stores to its existing base of 310 stores.

Vans LXVI footwear debuts with five designs including, the lightest Vans shoe ever, Graph; the mid-top Secant; the all-terrain Inscribe; the modern Variable; and the unique Ortho. The product, with prices starting at $70, is expected to launch globally the last week of June at select Foot Locker (NYSE: FL) locations, select specialty lifestyle retailers, select Vans retail stores and at www.vans.com.

In other retail news, fast-fashion brand H&M announced that total sales for May, 2012, including VAT in local currencies increased by 12% compared to the same month the previous year. Comparable units comprise the stores and the internet and catalogue sales countries that have been in operation for at least a financial year.

In the second quarter of 2012, i.e. during period 1 March to 31 May, sales including VAT increased by 12 percent in local currencies. Sales in comparable units increased by 2 percent.

Percentage sales development for the month of June will be published on 16 July 2012.