Fashion videos and films centered around iconic celebs in latest collections and short YouTube clips showcasing the mood and emotion of a new release are strategic branding methods growing in popularity in fashion. For a generation that watches YouTube more than TV, this is especially important for brands approaching youth culture markets. The latest to move head-first into the realm of film for branding is denim jeans label Citizens of Humanity.

Yesterday they announced their latest concept of featuring “creative visionaries” starting with Mikhail Baryshnikov in what’s been titled the “Just Like You” series. The short films are done by Jared Freedman, a documentary filmmaker and the brand’s strategic branding creative director.

For the Baryshnikov video, Citizens of Humanity created corresponding T-shirts from dance images that will be sold on their site and some proceeds to benefit The Baryshnikov Arts Center.

“You go through your daily routine with the hope that you will be a little better…and do something meaningful. I believe this program does something significant both in its philanthropy and in hopefully inspiring others in their creative journey,” said Baryshnikov. 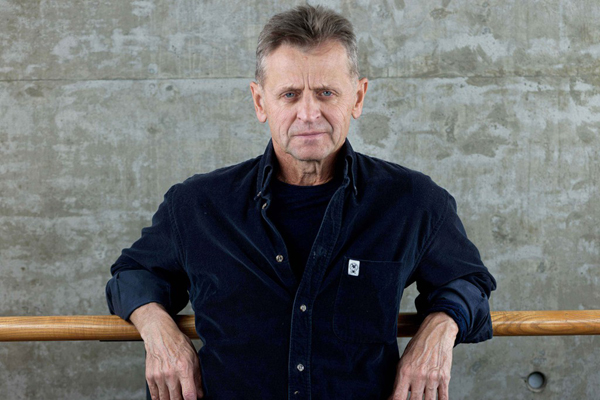 The next film from Citizen of Humanity will feature founder Jerome Dahan creating a pair of denim jeans. In total, the brand intends to create 20 short films throughout the next year with corresponding T-shirts and a percentage of sales to benefit the creative visionaries non-profit of choice.

According to Dahan, “As the company’s name suggests, our mission is to showcase the energy and passion of creative individuals. This film series has provided me with the opportunity to honor people who inspire me, and it is my hope that this series will also inspire others.”

Overall, it’s an interesting move forward by creating one’s own content and connection with the brand utilizing new media methods for communicating with a new generation that’s into denim and T-shirts, but also the concept of creative short videos and philanthropy.

To read more about the importance of non-profit marketing, sustainability, and humanitarian influences on youth culture today, check out our “Sustainability and The State of the Future Youth Culture Study 2012.”