The sad news May 4th that Adam Youch, also known as MCA of the Beastie Boys, passed away at the age of 47 years-old was devastating and inspired a flurry of tweets and Facebook messages that is still trending days later. Ironically, the weekend before, we’d witnessed Mike D of the Beastie Boys’ latest art and music exhibition called Transmission LA which he curated with a number of amazing street artists, sonic inventors, sculptors, painters, and expressionists held at the MOCA Geffen in downtown Los Angeles.

The Beastie Boys track an important segment of my life and many others, but for reasons that spread beyond just seeing them at a concert. I first met Adam and Mike D when they volunteered to play at my very first Boarding for Breast Cancer event in 1996 under the pseudonym “Quasar.” Record label contracts being what they are, the band was willing to perform for a good cause—the launch of our new new-profit in honor of a good friend, Monica Stewart (co-founder of Bonfire Snowboarding) who passed away from breast cancer at the age of 29. At the time, there was little if any information for young women dealing with the disease, and unlike getting cancer at an older age, the younger you are the worse the situation. Cancer rips through healthy young bodies like air on fire. Monica wrote a story about her experiences dealing with cancer at such a young age in my magazine, W.i.g. Magazine–for Women in General. At the time, she was hopeful, but dealing with chemo and all of the complications of being so young and dealing with a so-called older woman’s disease. Her doctors had basically failed to detect that she had cancer until it was too late. The Beastie Boys, who had become an integral part of the snowboarding scene and were friends with those of us who co-founded Boarding for Breast Cancer, wanted to help.

We rallied many in the action sports industry, primarily snowboarders, and with a nudge from pro rider Tina Basich, a good friend of Adam’s, we were able to land our headliner. Dressed in bright orange jump suits, “Quasar’s” performance was epic and will go down in history as one of the craziest events imaginable. Moshing snowboarders in front of a shaky stage built on snow resulted in a heated situation that started the stage sinking in the snowy mush; the thousands of people who found out that the Beastie Boys were playing resulted in a mad rush up to Sierra at Tahoe clogging the tiny road leading to the base lodge of the resort; and an ensuing snowball fight with helicopters brought in to control the mob made the news throughout the state of California and landing us a blurb in Rolling Stone. The rest was history. And we were all Beastie fans for life.

The Mike D curated art show in many ways seemed symbolic of an era passed as it featured artists ranging from Sage Vaughn, Mike Mills, Public Fiction, and Takeshi Murata among others, that take the viewer through a universe of color, sounds, and experiences. The show has become hugely popular as one of Mercedes-Benz traveling exhibitions called The Avant Garde Diaries which first started in Berlin several months ago.

When it came to Transmission LA, Mike D said, “An experienced curator would have said there’s no way this is going to be possible. But I didn’t know.”

And so, he created a show, which he describes as “a complete sensory experience inclusive of food, coffee, books, film, and many multi-media installations.” He goes on to say that “I realized the theme had emerged: this notion of how visual art is informed by and inspired by music, and how that then turns back to the music. After that, I knew that we also had to have a musical component to the exhibition with DJ nights, performances, etc. to complete the circle.”

Thom Yorke from Radiohead DJ-ed one night along with many others. The exhibition drew celebs of course, but also many people from street art, surf, skate and snow cultures. We ran into C.R. Stecyk III during our visit.

Now, with Adam gone, the exhibition has become even more popular as the place to experience, oddly becoming a homage to a co-Beastie Boy—to a great artist and musician, who’s life ended far too soon. 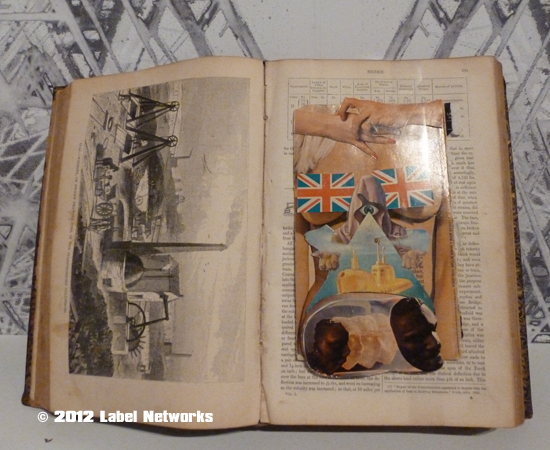