First, the line-up! It’s pretty clear that with bands like Less Than Jake, Falling in Reverse, Good Charlotte, even New Found Glory, the old classic of punk-influenced style are back. The mix of bands is a look back at some of the most successful artists ever on tour and reflects a new (and old) direction for the Vans Warped Tour.

This summer’s Tour starts June 24 in Dallas, TX (with an Anchorage, AK stop the day before), then on throughout the country for 42 dates, ending August 13, 2016, in Portland, OR. The Vans Warped Tour is the longest running Tour in North America, and continues to attract hundreds of thousands of young people throughout the summer. 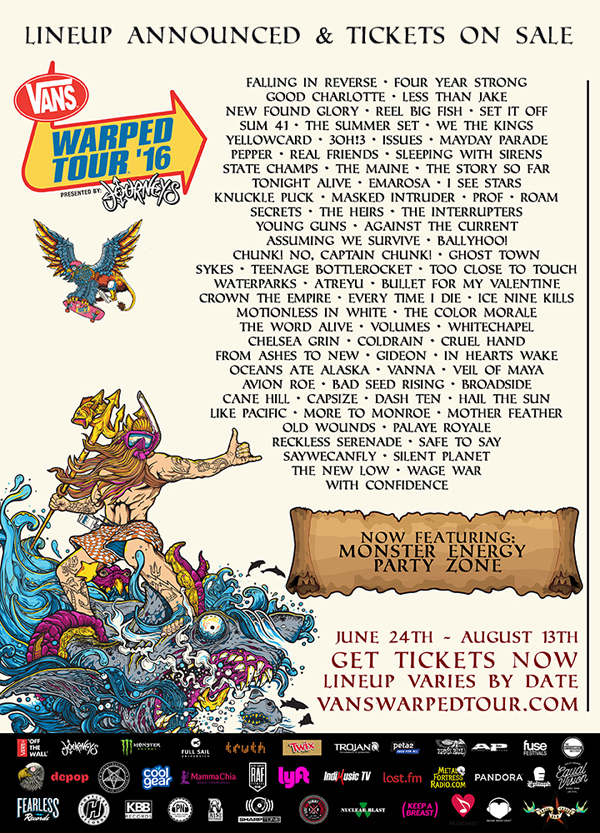