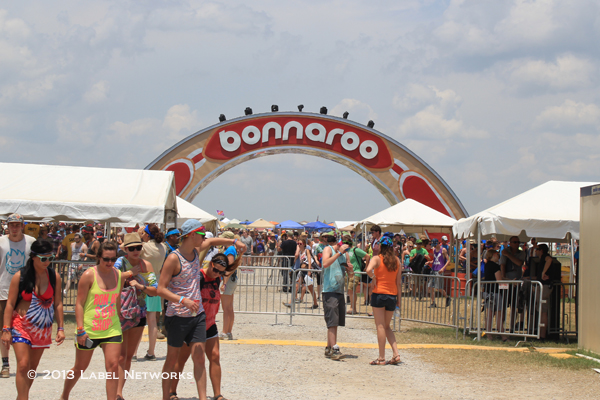 Bonnaroo has become one of the most popular festivals in the world bringing this year, June 14-16, 2013 more than 80,000 fans to a 700-acre plot of land in the middle of Tennessee.

For 3 days, a new city emerges featuring stages of all sizes, a diverse line-up of musicians, the Bonnaroo Cinema, recycling and environmental initiatives and even an Academy with various crafting and music classes. In addition, there’s a Brooers Fest, a mushroom water fountain, a Bonnaroo Market, food truck oasis, Ferris wheel, water slide, merchandise, and crafting areas. Bonnaroo even has its own post office (made of eco-friendly adobe) that’s fully functioning for 3 days per year. 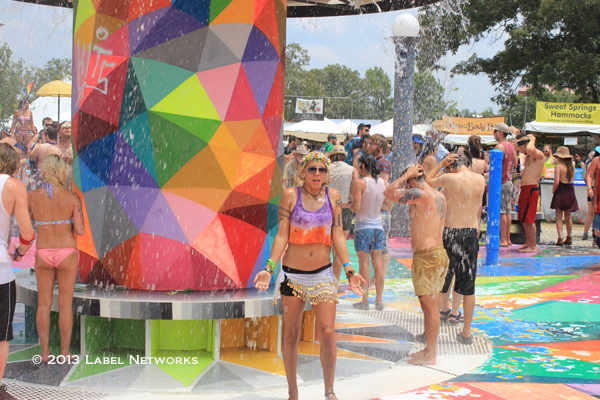 A big mushroom structure spews out water in the middle of the festival field.

The line-up got started early this year on Thursday afternoon, in the blistering heat of summer and ran until 5 a.m. kicking things off fast. Since there’s no sound ordinance in this neck of the woods, Bonnaroo tends to be a round-the-clock affair with Pretty Lights, for example, going on after midnight, and Animal Collective starting their set at 2 a.m.

The big news was that Sir Paul McCartney headlined Friday night and at Bonnaroo, this means no other stages have musicians playing. The collective ‘Roo experience takes shape. Despite McCartney obviously being one of the oldest acts at the festival, he was the most popular in this young-ish crowd of 20-somethings. Seeing a “Beatle” live is a moment to savor and the 80,000-fans new it. Fortunately, they were treated to an amazing show with 2 and a half hours of mostly old Beatle’s tunes and some Wings songs. 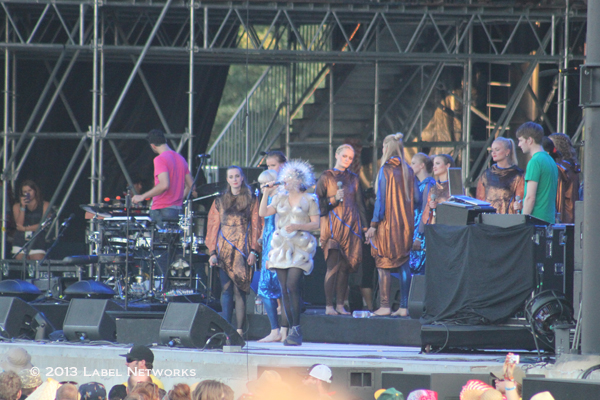 Bjork takes to the main stage called the Which Stage just before sunset.

Nas and Wu-Tang were the top hip-hop acts at Bonnaroo and attracted a wide variety of fans, but sometimes it’s the old timers that get the most attention. Wilco, the jam band, and ZZ Top fall into that category.

On Saturday, the big news was the Mumford and Sons had to cancel and in stepped Jack Johnson, which wasn’t preferred, but he and his band did the honor well with a wide-open performance. Bjork, however, was the highlight, dressed in a bubble costume with what looked like acupuncture needs around her face. Later, Matt and Kim, and Boys Noize kept the party going along with R. Kelly until another, 5 a.m. ending. 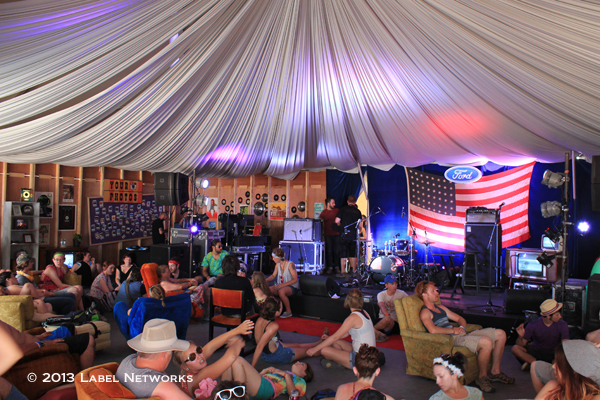 Ford Fiesta was a sponsor and had several things going on including the VIP and artists lounge.

At Bonnaroo, the routines of time can change quickly whereby breakfast ends up at 4 p.m. and dinner’s at 5 a.m. simply because there’s so much music and activities to do. Not to mention sleep, and by mid-day the grounds are littered with bodies trying to get some shade in any place possible. This is when other areas start to get packed, such as Brooers Fest area or New Music on Tap lounge. Sponsorship activation starts to take off such as Ben & Jerry’s free ice cream tent, the Ford Lounge for VIP’s and artists, Garnier and their hair washing stations, the Bonnaroo Cinema, and various smaller stages like the Sonic Forest and Silent Disco featuring an array of top DJ’s and undiscovered talents.

By Sunday, the final day, most people are exhausted, but it’s also the last time to rally, ride that Ferris wheel, and get memorable merch, so these areas, including the crafting areas flood choosing their last pieces of Bonnaroo 2013. 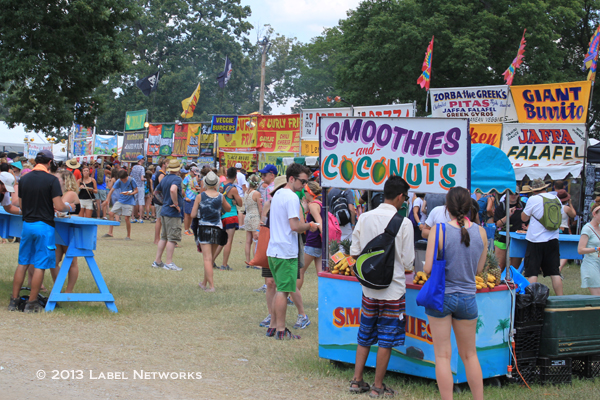 Foodie areas are often packed at Bonnaroo, which has a wide range of choices including healthy options.

Dusty, sweaty, completely worn-out, the crowd and music kept going, wrapping up with a rousing show from A$AP Rocky and ending with Tom Petty and the Heartbreakers and the beginning of a rainstorm.

There’s no doubt about it, Bonnaroo is a lifetime experience. This year had the fortunate timing of good weather, relatively speaking, but most importantly, a diverse line-up that kept the ball rolling. There’s something cool about finding new music, not because you intended to go to a specific performance, but simply because you just happened to be walking by. In the end, that’s the sign of great festival. 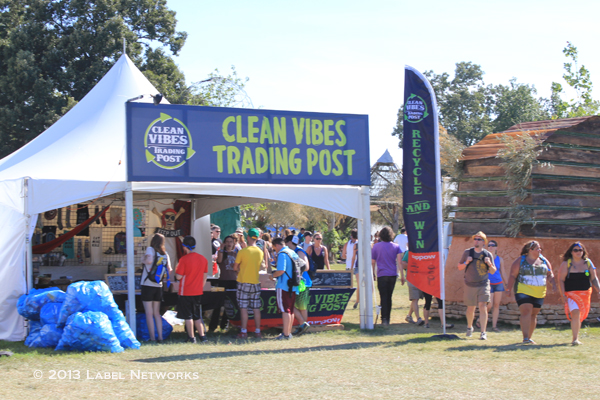 There are several eco concepts and options at Bonnaroo. 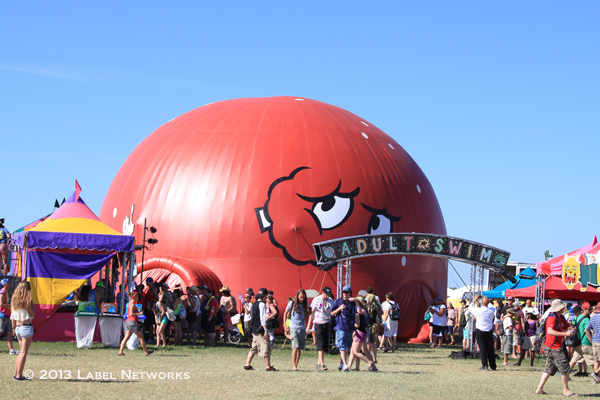 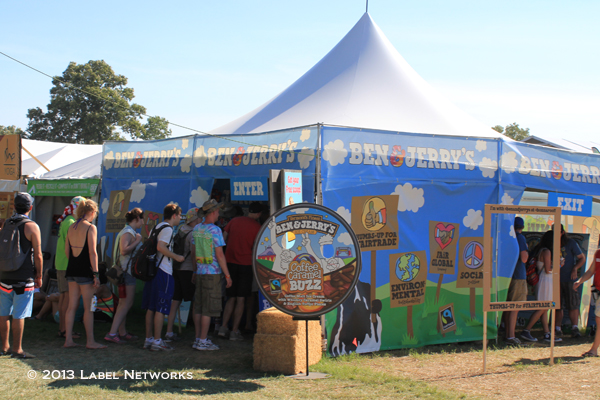 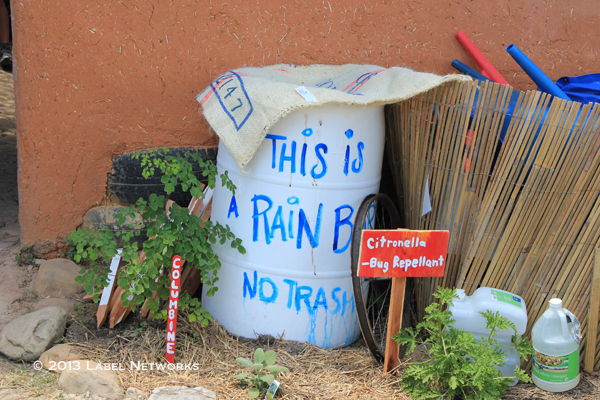 By the post office is a little herb garden. 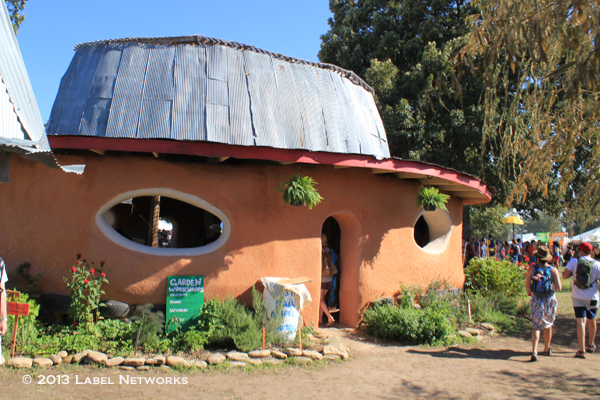 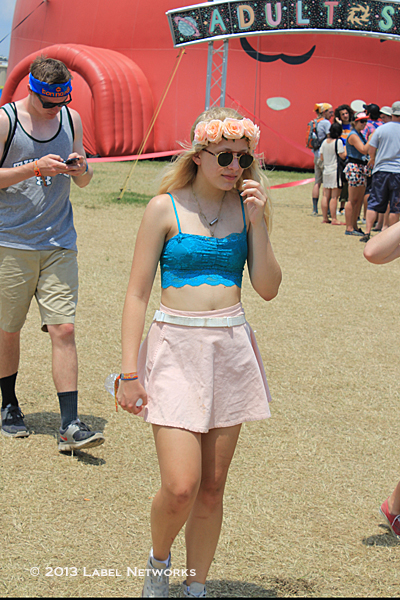 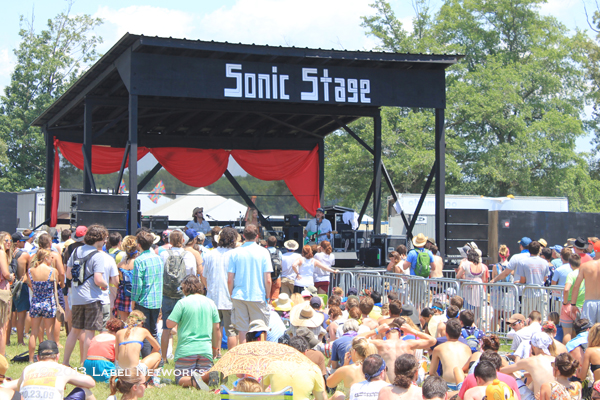 Sonic Stage was one of the smaller stages with artists such as Maps & Atlases, Lord Huron, The Sheepdogs, and Surprise Set. 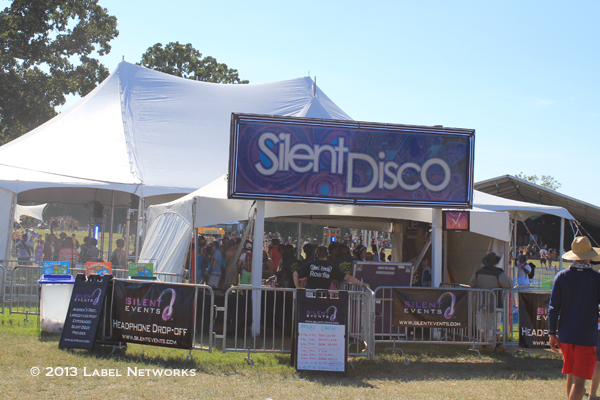 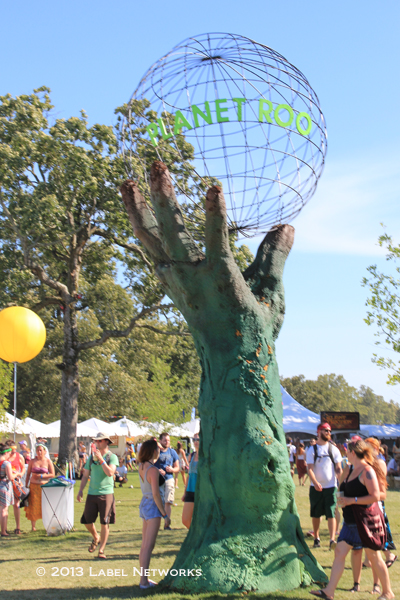 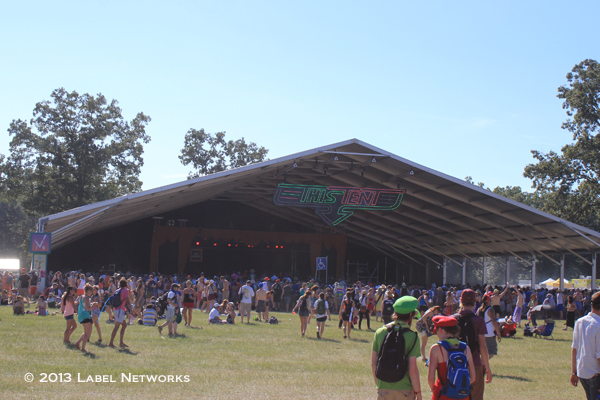 This Tent. There’s another called the Other Tent. Stages are names Which Stage and What Stage. 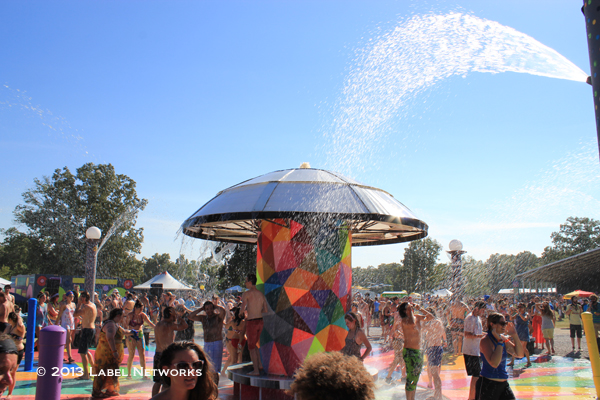