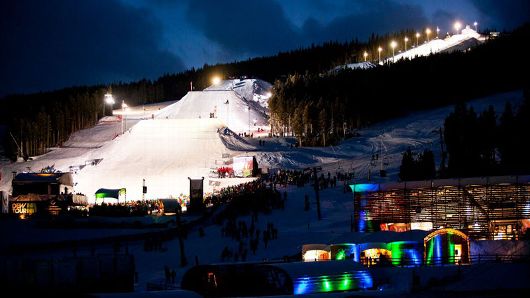 When the winter Olympics rolls around, there’s often been ongoing friction between the sanctioning events for qualification to the Olympics, a USSA Event, and highly regarded events and tours such as the Dew Tour. Athletes unfortunately often have to choose which events to participate in as well as sponsors.

However on September 20, 2013, the U.S. Ski and Snowboard Association (USSA) said they would partner with Alli Sports, a division of the NBC Sports Group, to sanction its Dec. 12-15 Dew Tour iON Mountain Championships at Breckenridge, CO as a USSA event. This will be a fifth qualifying event along with the 4 events on the Sprint U.S. Grand Prix tour which determines the athletes in snowboarding halfpipe and slopestyle and freeskiing slopestyle and halfpipe heading to the Sochi Olympic Winter Games.

According to Kenny Mitchell, Dew Tour General Manager, “The Dew Tour and USSA partnership makes our event bigger and more significant to the athletes, industry and fans. The Dew Tour is a top-tier event with significant broadcast and digital exposure. Now it’s among events being used for USSA team selection process, which is a great development for the industry and fans and drives home the importance of the Dew Tour iON Mountain Championships.”

The final freeskiing event is set for Jan. 18 in Park City, UT with the final snowboarding competition the following day at Mammoth Mountain, CA. The Olympic roster will be named on January 22, 2014. The Winter Olympics take place in Sochi, Russia, from February 7-23, 2014.