H & M Up 9% and Reports Strong Response to &Other Brands, Sportswear Collection, and U.S. Online Sales

Fast-fashion retailer and brand H&M, based out of Sweden has released their year-end financials which show a strong response to several different factors.

First, H&M’s Group sales were up by 9% during the financial year and 356 new stores were added, predominately in China and the USA. As our youth culture studies show, H&M is a force to contend with as more young people are turning to H&M for apparel and accessories. Plans for the future include more stores in Australia and the Philippines in 2014, plus 4 new H&M online markets, starting with France. (Their online store in the USA, launched last August, was well-received.) 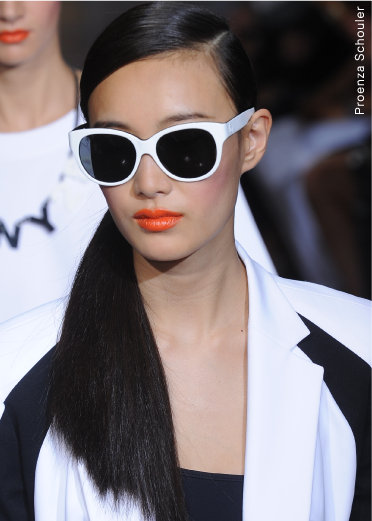 CEO Karl-Johan Persson said the following: “2013 ended strongly with well-received autumn collections, which increased our sales in the fourth quarter by 13 percent in local currencies. Profits after financial items increased by 11 percent to SEK 7.3 billion. This is a good result considering the substantial long-term investments that we are making in areas such as IT, online, new brands and broadening our product range.

Examples of these investments are our new fashion brand, & Other Stories, which has received a fantastic response as well as our extended H&M Sport range that was launched this January. The sports collections were designed together with Swedish Olympic athletes, with a focus on function, fit, design and comfort.

Another area where we are continuing to invest is online sales, which are becoming increasingly important. Our online sales continue to develop very well and hm.com, which is one of the world’s most visited fashion websites, allows us to reach even more customers. In August we launched our online store in the US, with a very good response from customers. We are continuing our online expansion by opening more new online markets in 2014; France during spring/summer 2014 followed by an additional three large new online markets that are planned to open later in the year.

We continue to work intensively on sustainability in many different areas. H&M Conscious is the name given to our work towards a more sustainable future within fashion. Our vision is that H&M’s entire operations should be managed in a way that is economically, socially and environmentally sustainable. We are therefore working daily to offer our customers increased sustainability in all our collections.

2013 was a year when we opened many new stores – on average, we opened more than one store each day. Today we have more than 3,100 stores in 53 countries and just over 116,000 employees. We are continuing to create more new jobs and we welcomed more than 12,000 new colleagues net during the year. Our strong expansion will continue in 2014, we plan to open around 375 new stores net and Australia and the Philippines will become new H&M countries. In addition to these countries, a couple of other new H&M markets are planned to open at the end of 2014.

The financial year 2014 has got off to a good start, with strong sales development in December and January. Although there are still macro-economic challenges in several of our markets, we are optimistic about 2014 which will be an exciting year with new countries and new opportunities. We have a strong belief in our offering and are convinced that we will strengthen our market position even further during the year.”