Coachella Music and Arts Festival 2013, the Unofficial Kick-off to Festival Season Rounds-out Headliners like The Stone Roses, and Blur, with Host of Indie-Folk Newbies, and Modern Twists of Festival Fashion 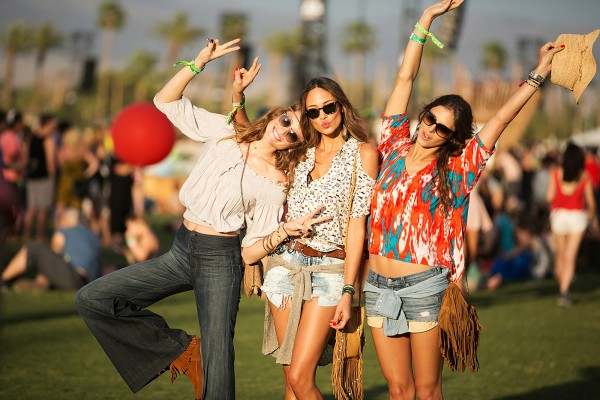 Festival Fashion highlights can be seen at Coachella. Photo by Refinery29.

We were waiting for at least one hologram inspired by last year’s Tupac from the dead, but this year at Coachella, Weekend 1, from April 12-14, 2013, it was all about the new breed of indie-folk rockers mixed with major headliners, EDM, and of course, the latest in festival fashion.

The Stone Roses, Yeah Yeah Yeah’s, Blur, Jurassic 5, Phoenix, Red Hot Chili Peppers, Nick Cave and the Bad Seeds, New Order, Franz Ferdinand, and Paul Oakenfold, all proved they could carry the unofficial kick-off of 2013 festival season, but it was bands like Vampire Weekend, Trent Reznor’s side project How to Destroy Angels including his wide Mariqueen Maandig, Jamie Smith’s xx, Bat for Lashes, Rodriguez, and Tame Impala that added texture and dimension to what’s undoubtedly a complex and multi-genre mash-up of music. 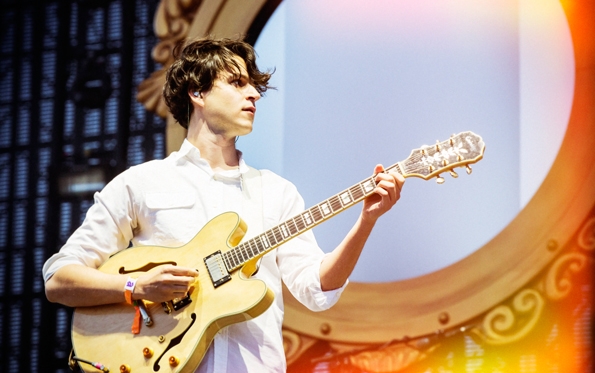 In fact, it’s the mix of sounds that make Coachella so explosive, coupled with an extremely beautiful setting out on the polo fields of Indio, CA, and always awesome art installations. Love it or hate it, as the festival in-turn attracts more hipsters than any other festival with a fair amount of celebs due to its relatively close location to LA. Coachella is massively loved as proven by the fact that both weekends sell-out within days of tickets going on sale—and this is before the line-up is even announced.

The difference this year? A surprising number of “professional festival-goers” or rather, people from Europe who attend Glastonbury, a large share of Aussies, and increasing number of UK music heads who save up money to be and be seen at Coachella. 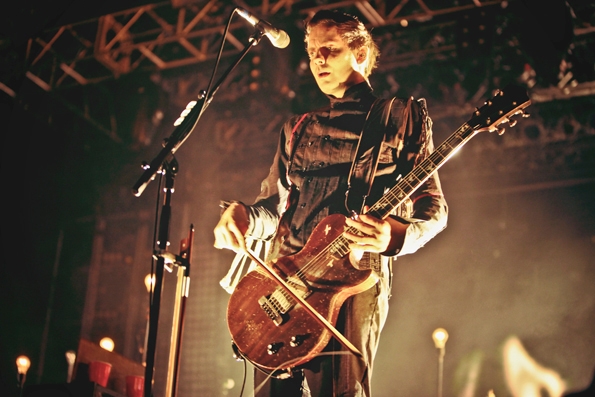 Another aspect is growing number of side-gigs: Parties happening in the desert that include a who’s-who of musicians and celebs and models hosted by a number of brands and media titans hoping to cash-in on Coachella madness but don’t quite make it into the limited Coachella sponsorship portfolio. For example, Diesel + Edun’s Studio Africa hosted a party at La Quinta ranch and who should appear but Bono who jammed with Belgian-Congolese artist Baloji.

There’s also a growing population of fans that don’t even make it to Coachella and opt for pool-side parties the very same weekend anyway, just because the vibe and energy is there, fashion industry players, and any number of musicians, which ironically suddenly provides for noticeably less traffic on LA highways for those that opt to stay put. 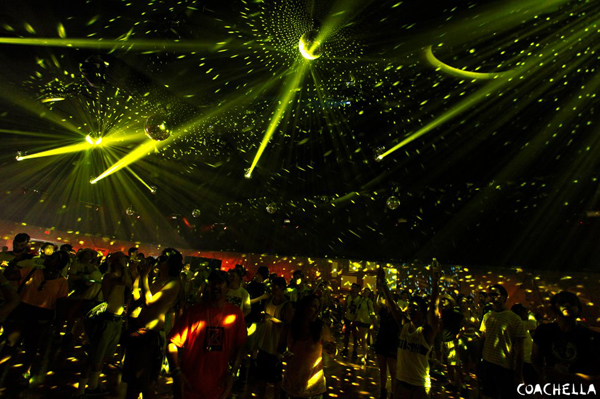 The Sahara tent is packed with EDM fans.

For the younger demographic, it’s clear that EDM is where it’s at as the Sahara tent (and new area, the Yuma tent) was packed most of the time from beginning to end, indicating that DJ culture and electronic dance music is highly important to a fresh generation of Coachella fans and the general youth demographic.

What’s interesting about a new demographic now attending Coachella is the on-going pairing of retro styles with modern twists, i.e. halter tops but with circle sunglasses, high volume of neon to punch up an outfit paired with Native American prints.

Denim cut-off shorts and high-waisted harem pants are back, but add some geometric shapes, black with studs, and it’s a different spin on purely 70’s hippy fare. The H&M team always shines brightly and it’s clear that tiger graphics, fringe, skull caps, and tanks are among the trending items for festival fashion styles. Not to mention boots, cut-out espadrilles, and sneakers, but not necessarily skate shoes. 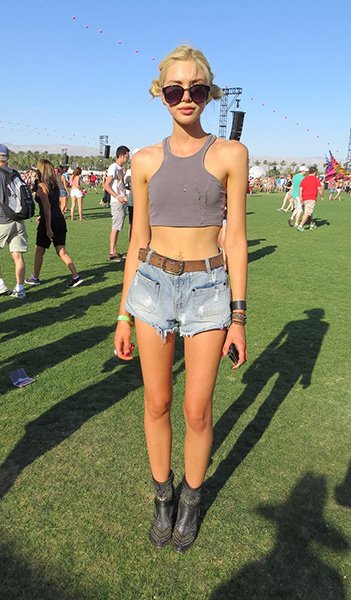 On a final note, Coachella has become a leading force for figuring out sustainability on a large festival scale with recycle bins everywhere, and Global Inheritance taking recycling, recharging, and art to new levels with their street art painted garbage cans, plastic bottle pick-up contests, bike stations, and a number of inspired activities that match this demographic’s sense of eco-friendly fun in the sun.

Next up is Coachella Weekend 2 with the exact same line-up, and the initial hype’s over since most people have seen the surprises based on either being there or watching the live stream on Coachella’s YouTube channel. But the thing about the second weekend is that the indie-folk, underground, up-and-comers will have more fans, usually, since words out about who’s popping on the horizon. Producers Goldenvoice completed another successful festival and plan to build-out 3 more soon, plus there’s Stagecoach pulling in top country acts April 26-28 next up for the polo fields.

As for the bands, we now have an idea of who’s on the circuit for 2013, and where they’ll be next ranging from Glastonbury to Bonnaroo, all of which looks promising. But overall, there’s nothing like seeing the first “firsts” of festival season, live, at Coachella. 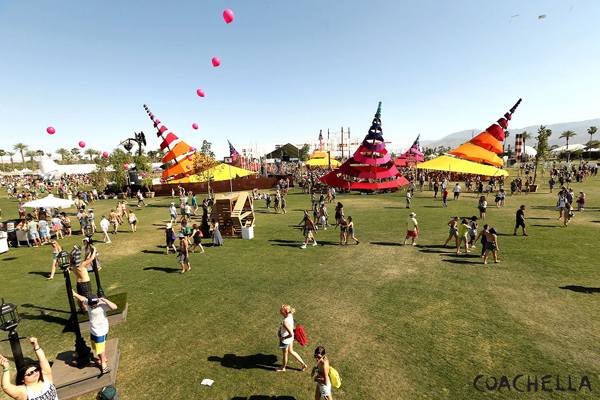 The Do Lab in the center of Coachella is among many other areas to chill and catch different music and shows including Lucent Dossier. 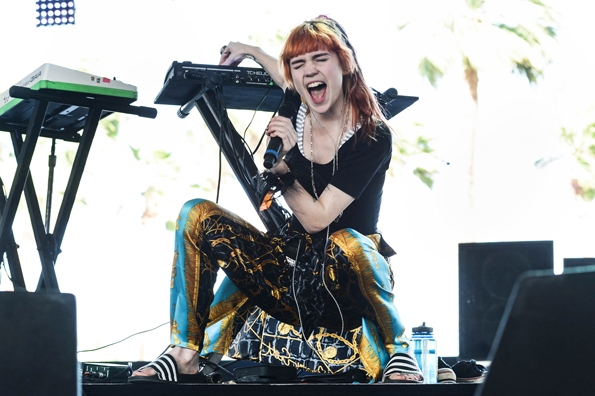 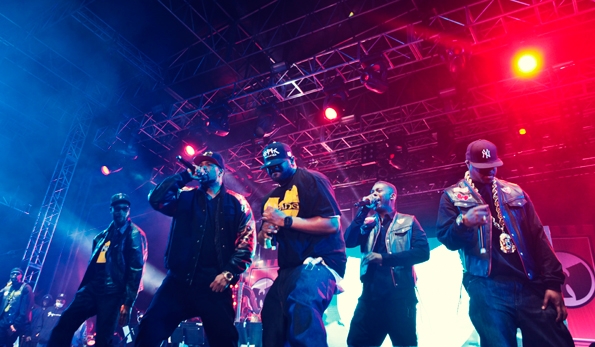