Paris Street Artist JR and His Wrinkles of the City Reach Berlin, Plus Inside Out Reaches the North Pole on Earth Day, and Official Feature Spotlight at Tribeca Film Festival 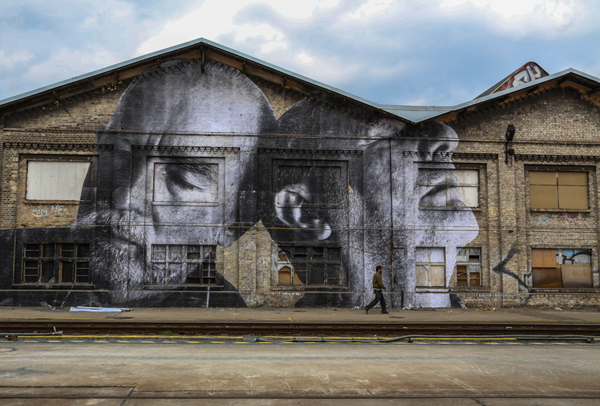 The Wrinkles of the City by JR hits Berlin.

JR’s Inside Out and Wrinkles of the City programs, of which won him a TED award two years ago, continues its trek across the world. JR’s work and that of many of his peers in street art are among the growing movement of cultural and social awareness that’s taking place with a new generation of thinkers that reclaim public space, giving new identity to cities and it’s people and in the process society as a whole.

In April, 15 buildings in Berlin became the latest playground of his project “The Wrinkles of the City” portraying older people who have lived through the changes and upheavals of their city.

Meanwhile, on April 20, 2013, his Inside Out, The People’s Art Project documentary debuted at the Tribeca Film Festival. The film is intended to show “the power of image and the role that art can have in transforming lives. It was in the official Documentary Feature Spotlight selection. It will debut on HBO on Monday, May 20th. 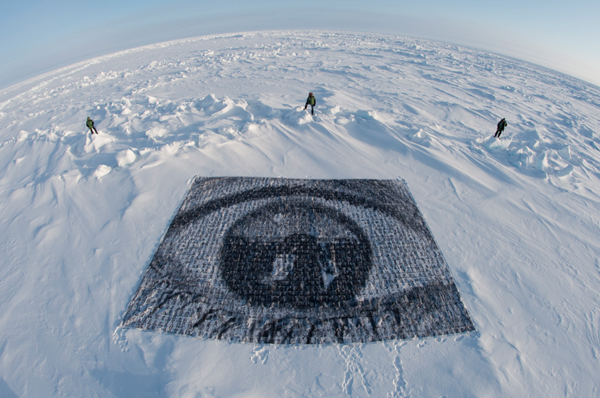 The Inside Out Project reaches the North Pole.

Finally, for Earth Day 2013, Insight Out made it to the North Pole. A team of 16 trekkers took a time capsule of 2.7 million names to the bottom of the Artcic seabed in an effort to create a global sanctuary and declare it protected for all life on earth. Meanwhile, a banner with thousands of portraits of members of the #SavetheArctic movement was placed on the North Pole.

According to JR, both the time capsule and the Inside Out Eye stand in opposition to government and corporate interests who are scrambling to claim region to exploit its vast natural resources which are becoming available due to climate change.  Now we have the eyes of the world, at the top of the world, watching over the world.