VF Corp Reports Q1 Results Up 6.5% Due Mainly to Vans, The North Face, and Timberland Youth Culture Study Reveals “Least Liked” Fashion Brand, Rankings of Others High on the Radar, and the Challenges of Brand Backlash Targeting Teens 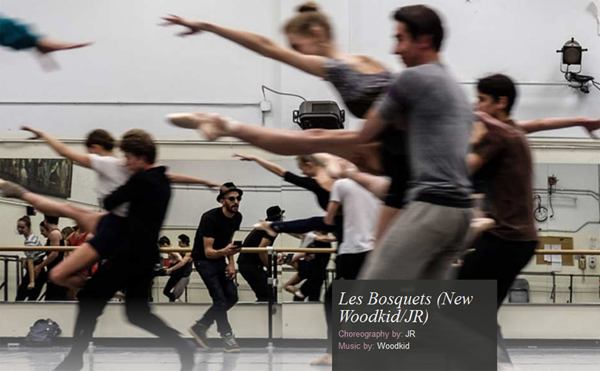 Parisian-based street artist and TED Award winner, JR, will debut  “Les Bosquets,” the ballet he created in collaboration with New York City Ballet, with original music by Woodkid, and guest dancer Lil Buck on April 29th, 2014. JR’s debut as a choreographer will involve 42 dancers on stage. Les Bosquets is inspired by JR’s first art project, Portrait of a Generation, and by the riots that happened in France in 2005.

Paris and France in general still have incredibly challenging conditions for young people who are unemployed—especially those from immigrant parents. The lack of assimilation in Paris often leaves young people disenfranchised with society, and in 2005, they took to the streets resulting in car fires, shattered storefront windows, and the temporary closing of the Sorbonne.

JR took the frustration of youth culture to the streets through his art. First, he took photos of the faces of those living in the worst neighborhoods and created wheat-paste posters out of the images. After a first illegal exhibition on the walls of the Cité des Bosquets, JR did neighboring projects of La Forestière, in Clichy-sous-Bois, where the riots started.

The first portraits are displayed on the walls of the last popular neighborhoods of the capital, in Eastern Paris. These images challenge the passers-by, in the sense that they question the social and media representation of a generation that can be seen only at the gates of Paris. 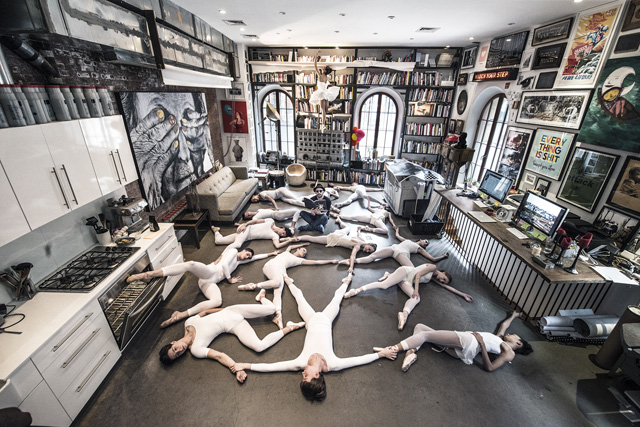 Dancers from the NYC Ballet in JR’s new production.

To coincide with the special occasion of the Premiere of “Les Bosquets,” Social Animals are releasing exclusive lithographs by JR, “The Eye of the New York City Ballet,” an eye created by most of the dancers of the company interacting with paper for the 2014 NYCB Art Series. An edition of 180, they will be printed in the same place in Paris where Picasso, Chagall, Matisse used to make their lithographs. 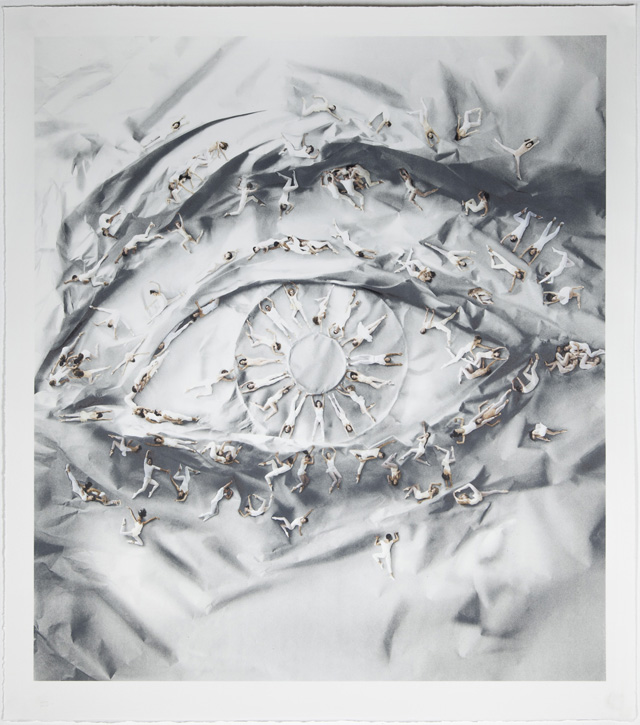 Signed and numbered, the lithographs will be shipped on the week of May 26.

Les Bosquets will run 6 nights at the David H Koch theater at Lincoln Center, from April 29th to May 4th.