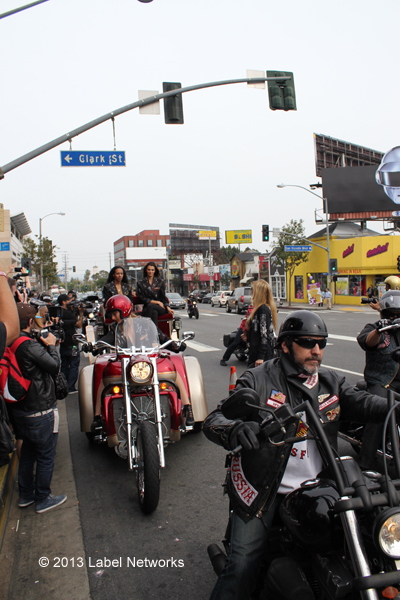 In a thunderous display of monster metal madness, the Rockstar Mayhem Fest announced their band line-up yesterday, March 18, 2013, at the Whiskey-a-Go-Go on Sunset Blvd., Hollywood, starting with a procession of motorcycles headed-up by the Hell’s Angels. Musicians, hot chicks on bikes, and hired Harleys rolled-up to the red carpet to greet a mad-packed audience of metal fans there to catch a glimpse of some musicians that will be touring this summer in what’s become the world’s biggest hard and heavy music touring festival in the world.

The press conference included the headliners Rob Zombie and Five Finger Death Punch, and performances later in the evening by two up-and-coming bands, The Huntress and Butcher Babies.

The audience was allowed 15 questions to present to the rockers, generating an exciting insider perspective of what keeps these bands motivated and moving forward. Rob Zombie, who also wrote and directed a horror film that will debut in April called “Lords of Salem” admitted that he gets up very early each morning and works like crazy. 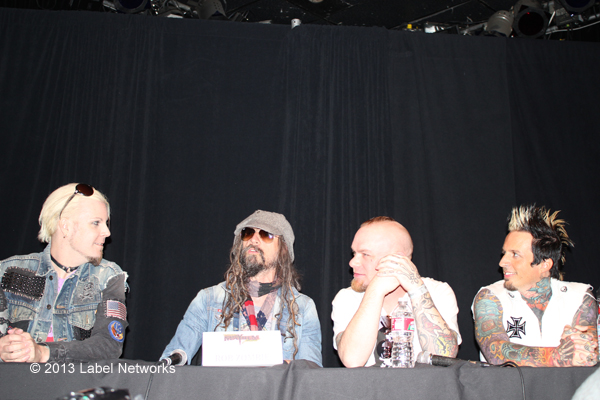 Rob Zombie second from left and Ivna Moody from Five Finger Death Punch 3rd from left with band members on either side at the press conference.

“I work all the time and I don’t sleep much. That’s how I get everything done,” explained Zombie, wearing his signature long dreds tucked in a paperboy cap.

Five Finger Death Punch said they were excited to have moved up to the main stage at Mayhem, having played the tour before. On their radar is a new album to be released later in the year. But they did admit to struggles in getting it completed stating its half way done, but they don’t intend to rush it if that means sacrificing quality.

Here’s more: Artists performing on the 2013 thunderous fest include main stage metal and horror legend, festival closer, ROB ZOMBIE, plus, the triple gold certified FIVE FINGER DEATH PUNCH and a monster lineup that includes additional main stage bands MASTODON and AMON AMARTH. The festival area is led by stage closers CHILDREN OF BODOM and MACHINE HEAD as well as BEHEMOTH, JOB FOR A COWBOY, EMMURE, BORN OF OSIRIS, MOTIONLESS IN WHITE, BUTCHER BABIES, BATTLECROSS, HUNTRESS, THROWN INTO EXILE and CITY IN THE SEA. Four stages will be presented this year for the first time ever and the stages include the ROCKSTAR ENERGY DRINK MAIN STAGE, THE JAGERMEISTER STAGE, MUSICIANS INSTITUTE STAGE, as well as, the SUMERIAN RECORDS/HEADBANG FOR THE HIGHWAY CONCOURSE STAGE, (local bands performing on the Sumerian Records/Headbang for the Highway Stage will be announced in June). 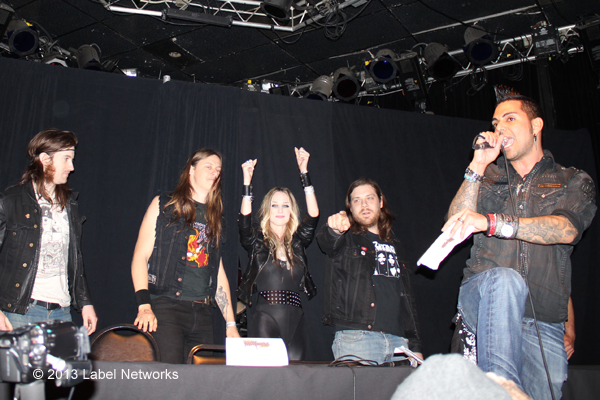 The Huntress played at the Whiskey that night. Host, Jose Mangine from Octane on Sirius XM.

All tickets go on sale March 22nd at 12:00 Noon local venue time via www.rockstarmayhemfest.com or www.livenation.com.  The tour will stop in 26 cities across the United States and Canada as it makes its way to the Gexa Energy Pavilion in Dallas, Texas on August 4th, 2013. Dates and venues are listed below. 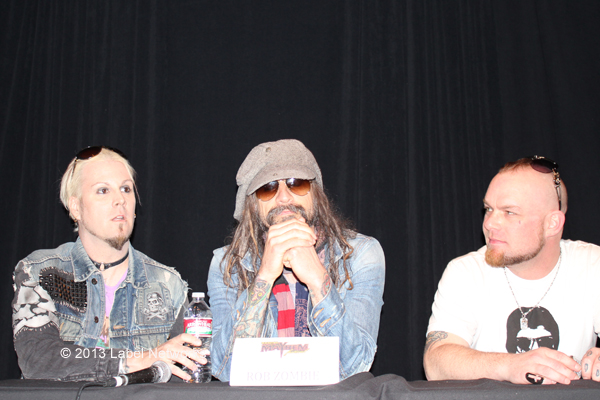 Rob Zombie has also written and directed a horror movie, “Lords of Salem” premiering in April.

After three gold albums in a row and ten consecutive top ten radio singles, Five Finger Death Punch continue their evolution in 2013 by releasing a new single in early May, followed by their fourth studio album in June.  FFDP are set to perform live at this year’s Revolver Golden Gods Awards show in Los Angeles on May 2 and will warm up for Mayhem playing this summer’s most prestigious European festivals, amongst them UK’s Download Festival and Germany’s Rock am Ring and Rock im Park. 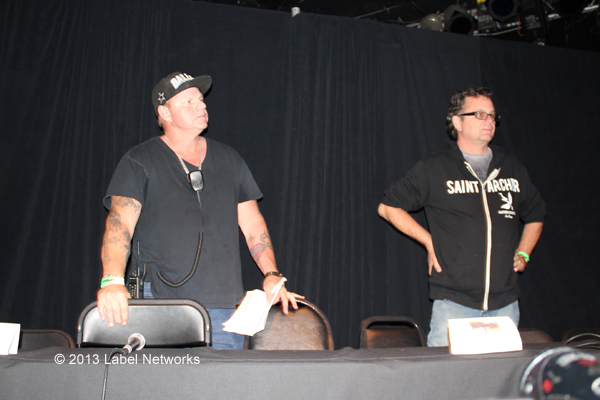 In addition to catching their favorite bands live, fans can take part in a number of festival activities, including playing the newest video games, perusing vendors, attending autograph signing sessions and a slew of various interactive activities that will only add to the festival experience.    ROCKSTAR ENERGY DRINK will be sampling their products and providing awesome surprises for all attendees.  Rockstar will also present the VIP/Contest winner area designated as THE ROCKSTAR LOUNGE and the festival area PARTY LIKE A ROCKSTAR TENT where fans can sample ice cold Rockstar and get autographs from their favorite bands.

Addition to the festival’s music and arts, MUSICIANS INSTITUTE and the Rockstar Energy Drink Mayhem Festival have partnered to create the Rockstar Mayhem Independent Artist Scholarship! This scholarship fully covers tuition and material fees for a two quarter IAP certificate (Room, Boarding and Travel are not included.) The application period runs from March 18 until June 1, 2013. Applicants must visit www.mi.edu/mayhem-rock-festivalscholarship to enter.

Here’s a look at the opening video for the Rockstar Mayhem Fest Tour. 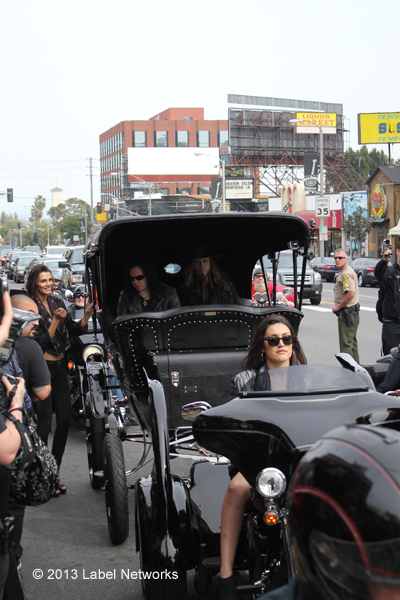 More from the motorcycle procession up Sunset Blvd. in Hollywood.