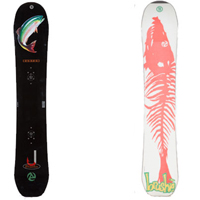 Burton’s launched an interesting archival story in a two-part series that traces the 30-year history of their most iconic graphics and boards. The difficult task was wisely curated by Todd Kohlman (TK), Burton’s resident archivist who was challenged to select his top 13 boards. The results are not only cool graphics, but a unique retrospective […]

Project/reed Installation at S.L.A.T.E. Delivers Snapshop of Most Coveted Collabs in Street Culture 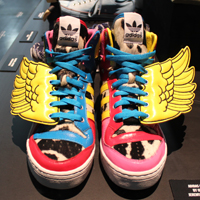 Project and S.L.A.T.E. fashion trade shows August 20-24 in Las Vegas also offered a variety of inspiring installations and creative areas where attendees could pick up on why certain trends were blossoming compared with others and where the inspirations were originating. From the perspective of youth culture and street, one such prolific area was the […]

Mavericks Gets New Organizer-Surfers and Photogs

The legendary big-wave competition at Half Moon Bay has had its fair share of leadership controversy, but perhaps now, it’s on the right path.

Still an energizing force in grabbing attention, these two collaborations are interesting because they cross over fashion, cars, beverages, art, and retail.

The way of the future includes collaborations on a variety of scales to keep retail and consumerism going. Here are some of the latest and best.

With topics ranging from the Cult of Gaming, Cult of Transportation, Cult of Fashion Collaboration, and Cult of Crafts, this was a must-attend event for anyone working in the industries of pop (cult)ure. Part 1.

Maverick’s Big-Wave Surf Championship Goes Off in Half Moon Bay with Pummeling 30-Foot Swell; What This Means for Sports TV Viewership Among Youth Culture Surfing

On Saturday, January 12th after months of tracking the patterns of Mother Nature and officially receiving a greenlight less than 48 hours from Contest Director Jeff Clark, the 2007/2008 Mavericks Surf Contest