The Fate of Mountain Biking on Federally Managed Wilderness; IMBA Steps-up Advocacy State of the World Calls for Olympics to Create “Team of Refugee Olympic Athletes (ROA) for Upcoming Games in Rio 2016

Converse Puts a DIY Spin On Their Soho Flagship 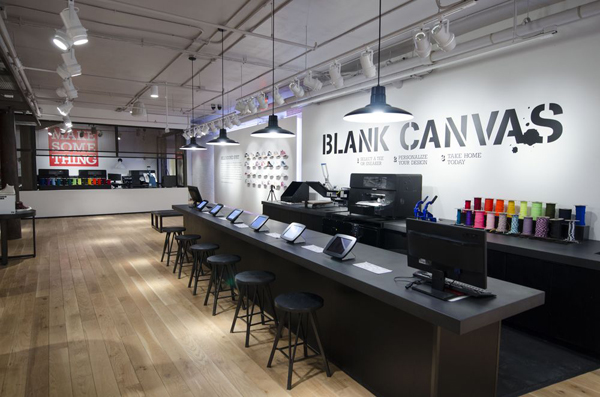 Converse’s flagship store at 560 Broadway in NYC has always been a retail marvel, but with their re-opening of their 10,000 square-foot space, it’s now their largest in the world and includes a key item for customization and interactive experiences with their Converse Blank Canvas Customization activation.

In this space, fans can change-up their sneakers, screen print, change laces, colors, grommets and other DIY aspects, which taps into youth culture’s expectations of being able to create their own style. According to our research in our Spring and Fall Youth Culture Studies, Converse continues to rank high among 13-25-year-olds when it comes to favorite apparel brands, and especially high among certain demographics.

What’s key in this space is that it also acts as a new model for retail whereby it’s more like an event and activity than just linear shopping.
Plans for 2016 in the space also include workshops whereby fans can create their Chuck Taylors from ground-up with sneaker designers to create unique sneaks.