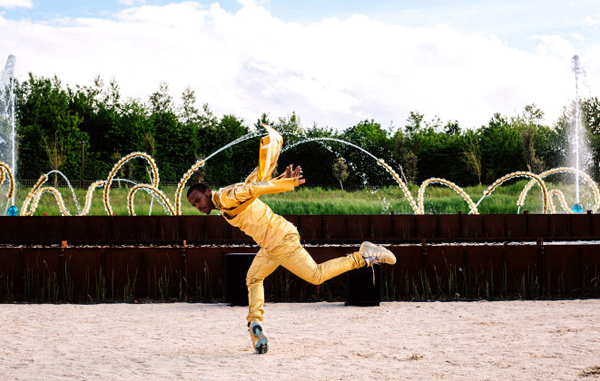 Lil Buck dances in Versailles for the opening of the Water Theater Grove. Photo by Getty Images.

Just off his dance performance with Paris street artist JR and his Les Bosquets with the New York City Ballet, and the documentary of the same name which debuted at the Tribeca Film Festival last month, Lil Buck put his unique, street inspired dance skills to re-interpret Baroque dance moves during the time of King Louis XIV with the L.A. Dance Project for the inauguration of the Versailles Palace’s Water Theater Grove. The choreography was created by Benjamin Millepied (“The Black Swan”).

Dressed in gold to represent the Sun King, he took his dance moves to new creative heights that will surely be the talk of creatives for a long time as this may be the second time that such street (Memphis) dance has been combined with classical, similar to Les Bosquets.

The dance team, L.A. Dance Project, was created by Benjamin Millepied before he was whisked away to Paris to become the director of the Paris Theater Ballet.

According to an interview with Paris media, Lil Buck said “This is such an immersive place, and the energy here is just amazing. I really feel like we were the reincarnation of, you know, this echo from deep, deep down in history.” 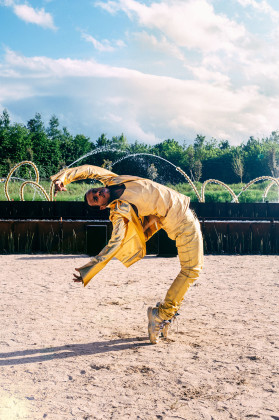 Lil Buck in front of the sculptures made for this event by French artist Jean-Michel Othoniel from 1,751 Murano glass beads, the artist’s signature material, and a fountain, four years in the making and inspired by a rare book on dance steps that date back to the 1700s.

“It’s a historic event, because it’s the first time a contemporary work has found a permanent home in a grove in the gardens of Versailles,” said Versailles president Catherine Pégard.

The sculptures were made by French artist Jean-Michel Othoniel from 1,751 Murano glass beads, the artist’s signature material, and a fountain, four years in the making and inspired by a rare book on dance steps that date back to the 1700s. “The challenge of this project was to ensure continuity with Versailles’s history and run through this dialogue with the King and the world he created around him,” explains Othoniel. “I had to go into such a rich history to create my fountain sculptures that I felt, from the very beginning, I was some kind of ‘chosen one’ connecting with a magnificent lost world.”

“There hasn’t been a performance here for three decades,” added Lil Buck, “Just knowing the pressure is almost overwhelming, because we have to break it in again. I feel amazing to be a part of this set of history.” 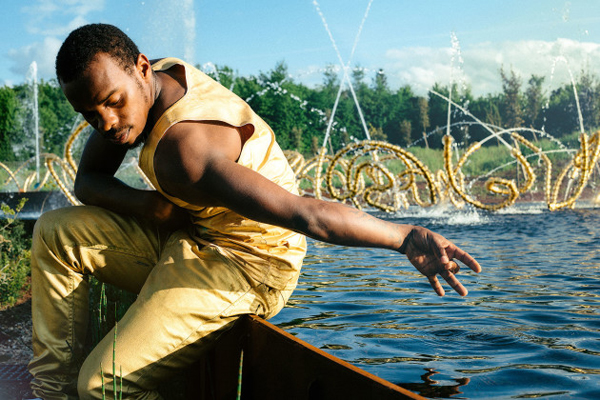 Lil Buck will be performing with Madonna on her upcoming “Rebel Heart” tour in August.