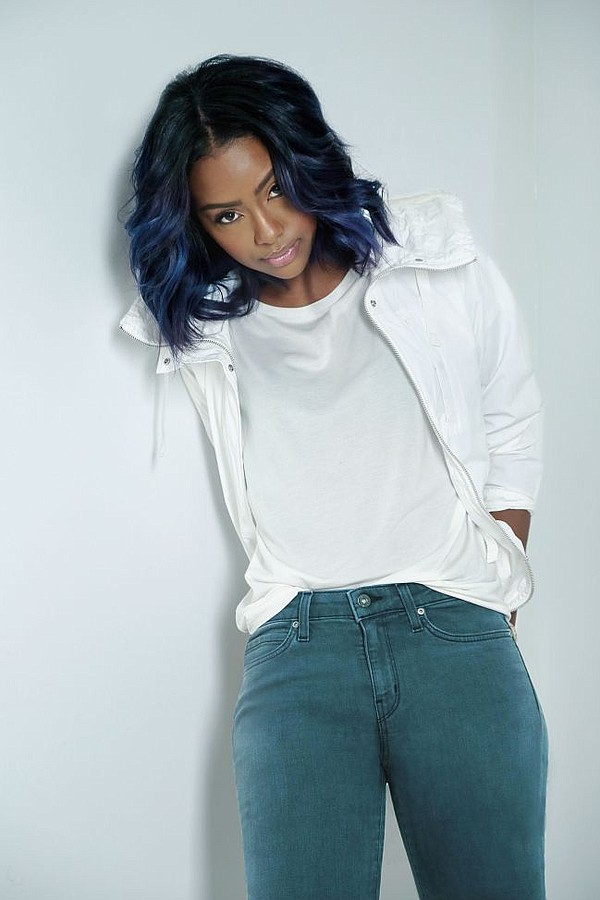 Justine Skye, a singer/songwriter, in Uniqlo’s Made In LA jeans. Image by Uniqlo.

Uniqlo, the fast-fashion brand from Japan that has been making waves in youth culture markets globally, has just targeted Los Angeles as their new location for recycled denim styles. According to California Apparel News, Uniqlo is targeting Los Angeles as the new hub for their collection, Made in LA jeans with a sustainable process called VaraBlue—a dye process that also requires less energy.

In other Fast Retailing (Uniqlo) news, they also announced that they are joining forces to support refugees worldwide by providing $10 million and winter wear to distribute to new arrival in Europe. This is an unprecedented move for a fashion brand.

Tadashi Yanai, Chairman, President and CEO of Fast Retailing, said: “The refugee issue is one of the most difficult challenges the international community is facing today. We must collectively tackle the constant threats that have forced so many people, including a large number of children, to flee,” He added, “We have been providing refugees with emergency assistance, programs that promote self-reliance and donations of clothes for nearly 10 years. We will continue to supply refugees with the clothes they need and give them hope for better lives, in keeping with our never-ending desire for a sustainable and peaceful world.”

United Nations High Commissioner for Refugees António Guterres said, “Nearly 60 million people have been forced to flee their homes worldwide; the equivalent to almost half the population of Japan. 20 million of these people are refugees. In the face of such an unprecedented challenge, the robust support of the private sector is crucial for meeting the needs of the millions of families who have lost everything and who are seeking a safe place to restore their lives and build a better future.” He added, “I welcome Fast Retailing’s decision to stand behind refugees not just through its generous funding, but also by mobilizing its staff, business partners and customers to join forces for the refugee cause.”

Fast Retailing started its collaboration with the UN Refugee Agency in 2006 and entered into a global partnership in 2011, a first for a company headquartered in Asia. The new support being pledged today is part of their global partnership aimed at assisting forcibly displaced people around the world, in recognition of the need for international organizations and private enterprises to collaborate more closely for the refugee cause.
Under the new agreement, Fast Retailing commits to support the UN Refugee Agency with US $10 million over the next three years, starting from 2016. The funds will help UNHCR respond to emergencies and other acute humanitarian crises, and help refugees in Asia become self-reliant.

The donation will also cover costs related to the distribution of donated clothing. To date, Fast Retailing has collected and distributed through UNHCR more than 10 million items of lightly used clothing to refugees across 37 countries and regions.

In addition, Fast Retailing will donate 150,000 items of UNIQLO Extra Warm HEATTECH clothing to help families seeking asylum in Europe and Afghanistan through the coming winter. The company also aims to provide internships with future employment possibilities to 100 refugees in Japan and abroad.