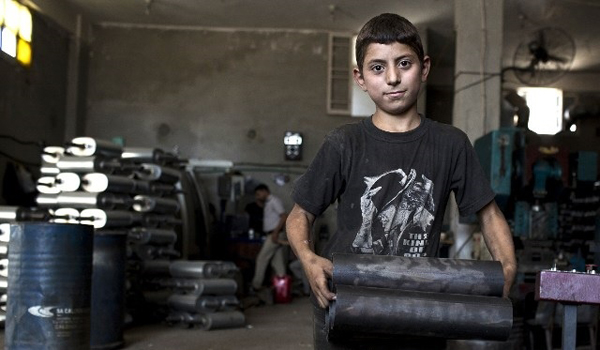 The refugee crisis across Europe, Africa, and the Middle East is forcing organizations and businesses to do things differently based on humanitarian needs. The International Olympic Committee (IOC) has stepped in during times of crisis before with various programs to help those in need. Last week, the IOC today announced a $2 million dollar fund that will be made available to National Olympic Committees for programs focused on refugees.

“We have all been touched by the terrible news and the heartbreaking stories in the past few days. With this terrible crisis unfolding across the Middle East, Africa and Europe, sport and the Olympic Movement wanted to play its part in bringing humanitarian help to the refugees. We made a quick decision that we needed to take action and to make this fund available immediately,” said the IOC President, Thomas Bach. “We have a long term relationship with the United Nations and with the UNHCR and we draw on their help and expertise. We know through experience that sport can ease the plight of refugees, many of them young people and children, be they in the Middle East, Africa, Europe or in other parts of the world. Our thoughts are with the many refugees risking their lives and the lives of their families to escape danger. ”

NOCs and other interested parties will be asked to submit projects to the IOC for funding. The fund itself is made up of $1 million dollars from the IOC and a further one million from Olympic Solidarity.

President Bach added that “because of the nature of the crisis the assessment of projects and the distribution of funds will be carried out extremely quickly. We are able to work on the ground with our partners in the National Olympic Committees and the expert agencies to get help to where it is needed most urgently.”

The IOC already works with a number of United Nations agencies to help refugees around the world.  In April 2014 the two organizations signed a historic agreement aimed at strengthening collaboration.

The IOC has been working with the UNHCR for two decades and has already seen thousands of refugees benefit from sports programs and equipment donated by the IOC.

With the goal of raising awareness on the conditions of youth refugees and the impact of sport for their well-being, Rogge visited Syrian refugees currently living in the UN camp of Azraq, located in the desert 100 kilometres east of the Jordanian capital, Amman. The camp currently hosts more than 5,000 shelters housing some 18,000 refugees.

Since 2004, the IOC and UNHCR have organized a “Giving is Winning” program.  This global solidarity campaign allows athletes, officials and sponsors of the Olympic Games, National Olympic Committees , International and National Federations, and other Olympic Movement stakeholders to donate tens of thousands of clothing items to help refugees . The campaign has already collected over 170,000 items of clothing, which have reached refugees in 23 countries across Africa, Asia, Latin America and Europe.

In 2013 and 2014, the IOC, Worldwide Olympic Partner Samsung and the UNHCR joined forces to distribute IOC Sports Kits to more than 180,000 internally displaced young people living in refugee camps in 20 countries throughout Asia, Africa, and Latin America.