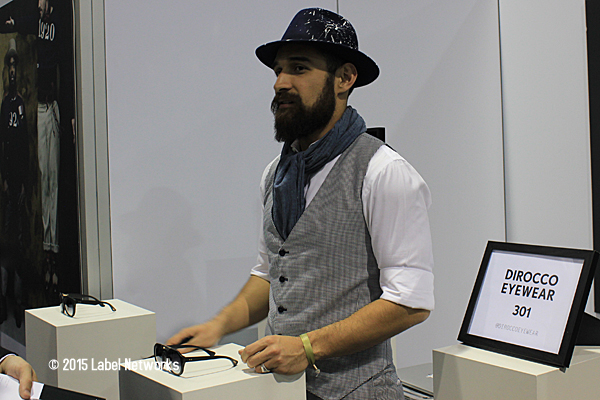 Welcome to Liberty Fairs. This is from Dirocco Eyewear.

Liberty Fairs fashion trade show is quickly becoming the most progressive gathering of the tribes across a range of inspiring fashion, accessories, footwear, and beauty. The Las Vegas edition from February 16-18, 2015, is part of the Modern Assembly collaboration with other shows including Agenda and Capsule.

There were many aspects to the growing popularity of this show that contain the feeling of a movement on the rise. Urban contemporary, modern outdoors, heritage mixed with streetwear, and sportswear with nod to a tech-lifestyle are just some of the key notes within the halls of this show.

However while it seems like with so many genres coming together may seem confusing, the show does a great job of curating the finest and most meaningful. It’s more about collaboration and bouncing off new ideas and networking with others rather than being a closed-in landscape of competitiveness. If anything, a closed-off booth at Liberty Fairs is simply not that cool. 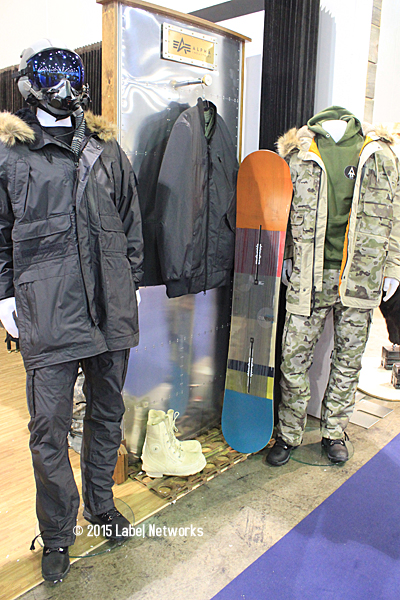 While this is a menswear show for winter 15/16, it’s one of those shows that clearly attracts women on the leading-edge of fashion as well, as witnessed by exhibitors, buyers, media, and stylists. What’s clear is a strong modern direction that mixes patterns, colors, and textures like never before. Houndstooth and technical fabrics, missed-matched patterns, silk and wool, vests and tattoos, paint-dripped fedoras on attractive, athletic men in vests and button downs. And denim plays a key role. Denim, as represented at Liberty Fairs, is having a new strong run with refurbished developments, patches, and attention to lighter washes. 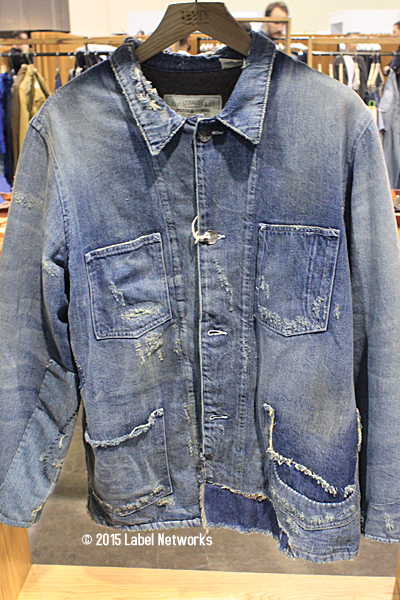 Denim with a story.

The crossover between retro styling, particularly of the 1940’s and 50’s, with tailored silhouettes is evident within many of the brands as illustrated in the images within this story. It’s a throwback to be sure, with farmer hats mixed with tailored pieces, high-waisted suit pants with sports-inspired tops with numbers or professional sporting team logos. But this is truly a reflection of our mash-up, DIY society and young creatives taking pieces from all genres, based on access to information through technology, that allows for reflection and freshness. 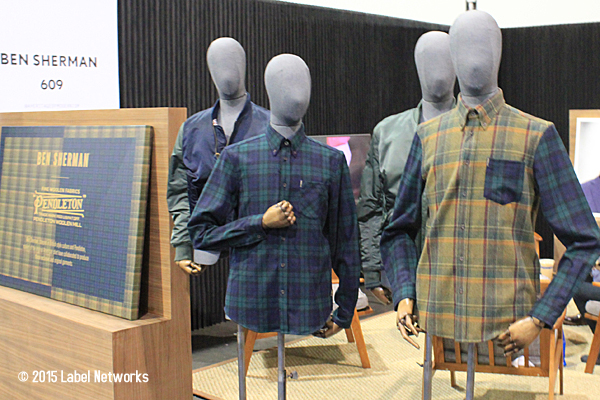 Ben Sherman with their denim and plaids.

The trend towards urban outdoors remains strong. Mixed with military, camping heritage, and adventure, brands like Alpha Industries and the re-introduction of military bomber jackets are among this group. They also did an interesting collaboration with Burton Snowboards in terms of outerwear. But generally speaking, there is simply more emphasis on details such as badges, patches, pins, scarves, and hats as seen at such brands’ booths.

In terms of style, while beards are still in vogue, so too are grooming products, as exhibited in the area called The Drugstore. Brands such as Beardbrand, House & Home, Uppercut, and Brooklyn Grooming were among those on site. Live grooming sessions continue to be a staple of menswear fashion shows, just as live street art painting are popular at streetwear trade shows. 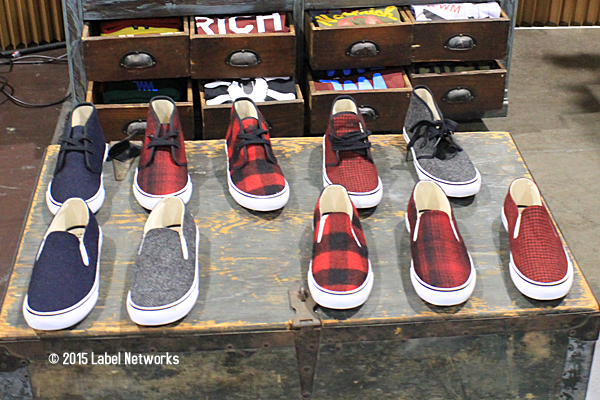 Birchbox hosted an area called Build Your Own Box where exhibitors could stop by and assemble their own best grooming boxes and meet the Birchbox team for insightful information and tips. This was an interesting aspect to explore, whereby people could interact with such products and discover what would be best for them (or the buyers within their stores).

Our favorite area again this year was the Freedom Hall, curated by our friend the legendary Ouigi Theodore of the Brooklyn Circus / BKc. His brand is among the trendsetters in terms of the spirit of design and nod to the streets and upper contemporary. He brings together other like-minded creative and collaborators, including a portrait station of the best-in-show by world-renowned photographer John Midgley, and stylist Scott Newkirk and creative Ashley Owens of Grandpa style. Which, by the way, is a growing territory to explore with brands like Lady White and their perfect white T-shirt. 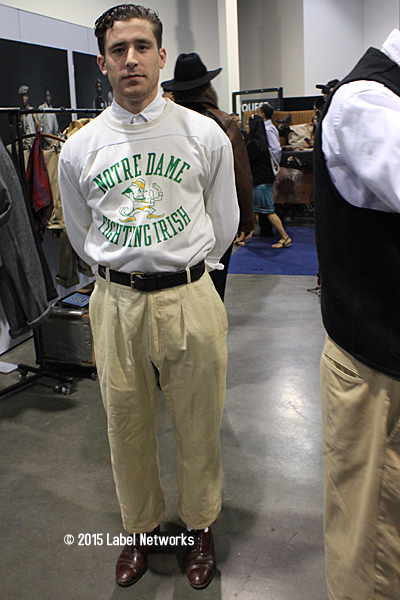 Overall, the show had an estimated 9,000 attendees and 64 countries represented. The Moon theme was fun and provided a location for loads of selfies and interaction and hung at just the right height above the lounge.

Some people may label Liberty Fairs as the new “Project” trade show, and there are elements of this, especially when you consider that the founder, Sam Ben-Avraham, was also the founder of Project before MAGIC purchased the show. But it feels different than that with a growing interest in leading-edge brands who want to simply be a part of this atmosphere on their own terms, which they are quickly defining with a nod to the past but most seriously with a foot in the future. 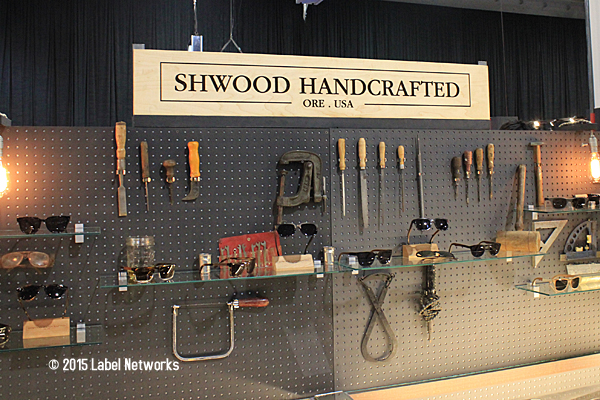 Shwood Collective Eyewear brings out the craftsmanship to sunglasses. 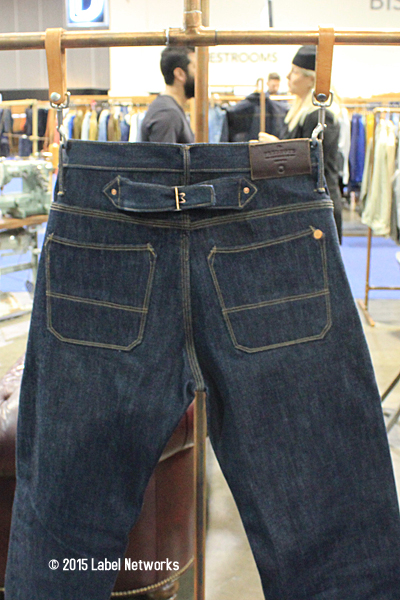 Denim with reflections back to grandpa farming days. 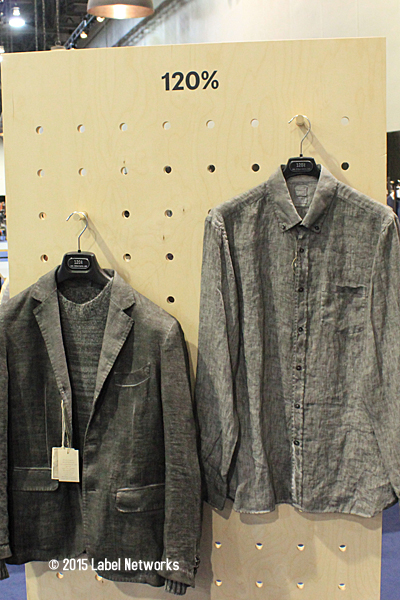 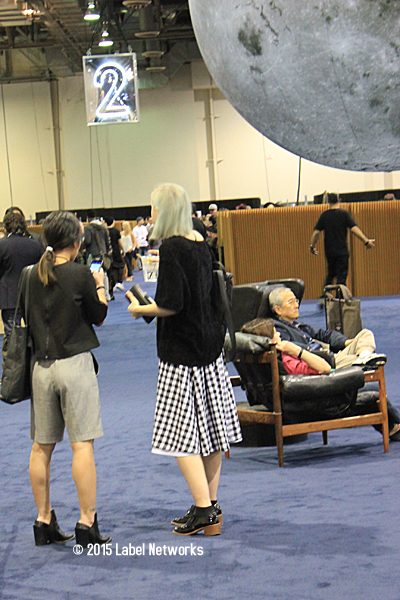 Fashionable female attendees under the moon. 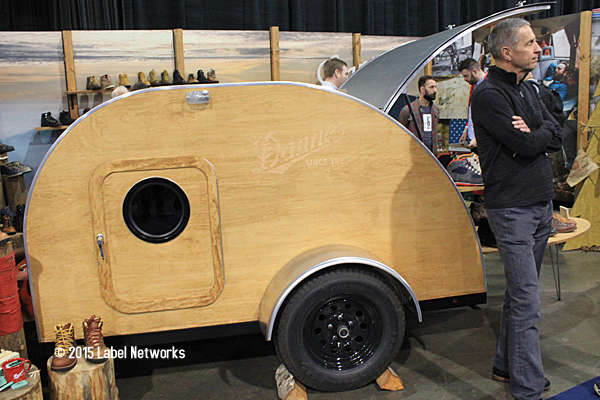 Trailers, camping, and the outdoors are a key part of this show. 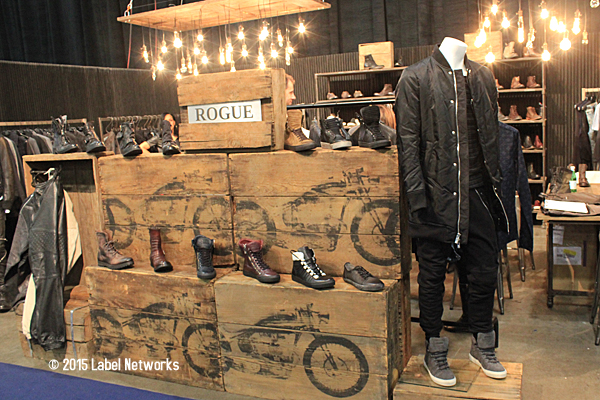 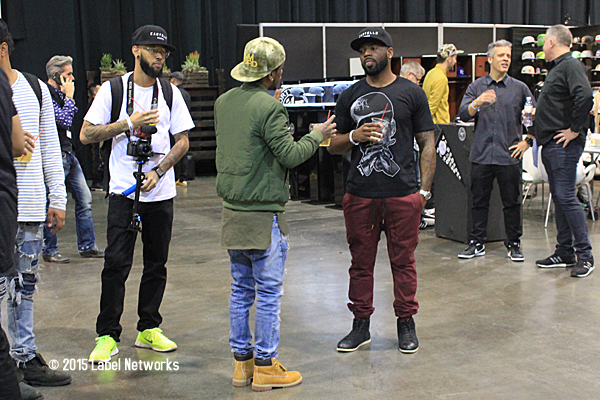 The halls of Liberty Fairs feature some of the most fashionable people. 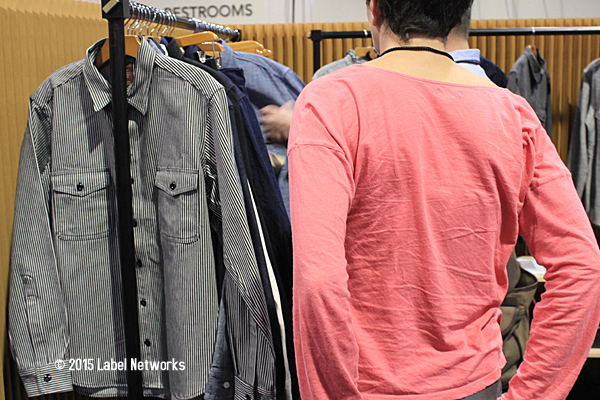 Railroad shirts are a representation of modern workwear fashion. 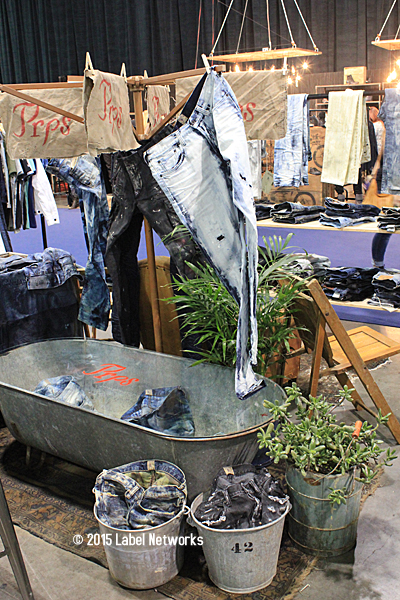 Prps denim are among the leaders in the field. Their new collections feature distressed and lighter washes. 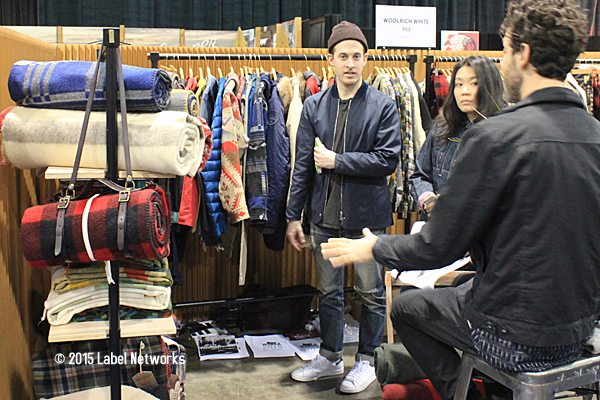 Heritage with a modern twist including wool blanket rolls within fashionable booths. 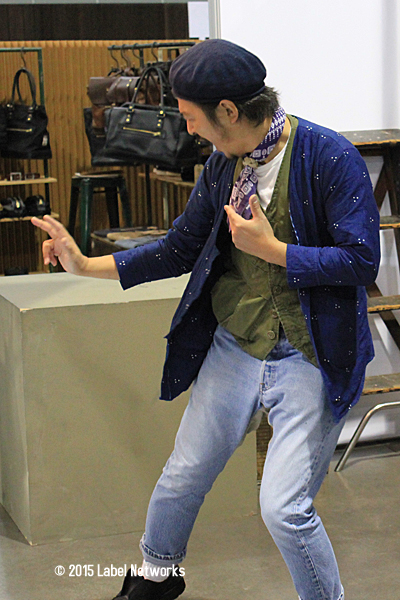 Striking a pose at the Freedom Hall portrait area. 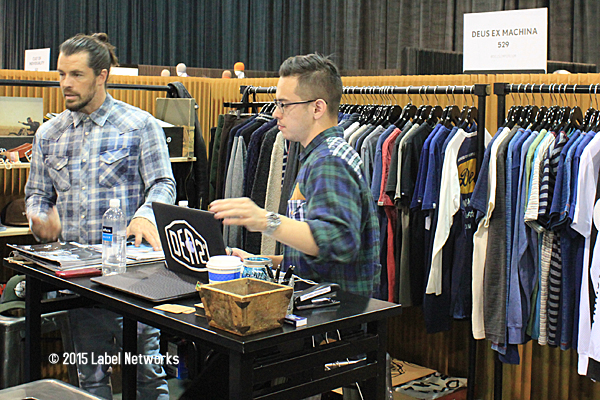 Deus ex Machina is a mix of moto X surf and does well at Liberty Fairs. 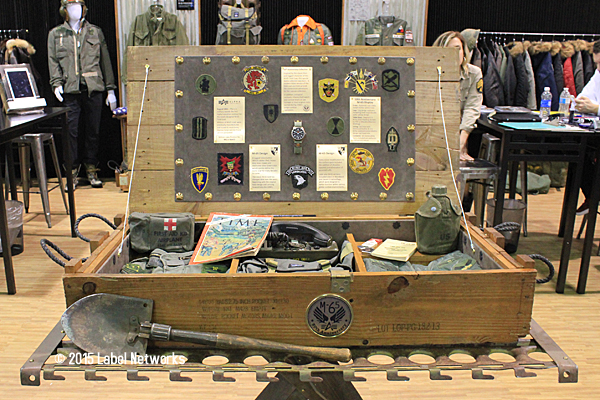 Alpha Industries collection of heritage badges often from their bomber jackets for the military. 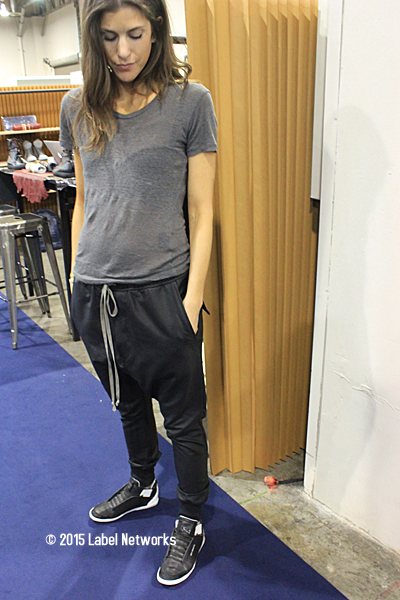 Drop-crotch girl pants on the rise. 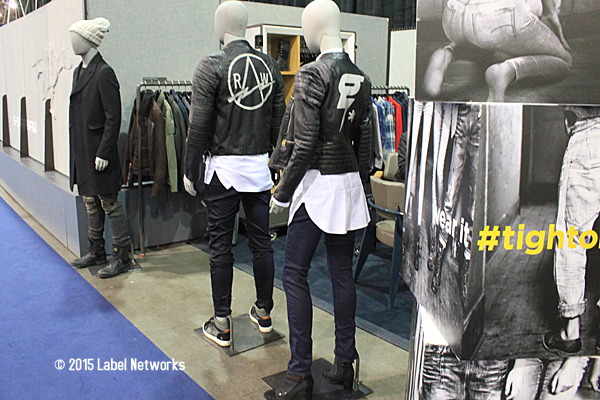 G-star Raw has it going on. Once again, exhibiting a directional collection for males and females. 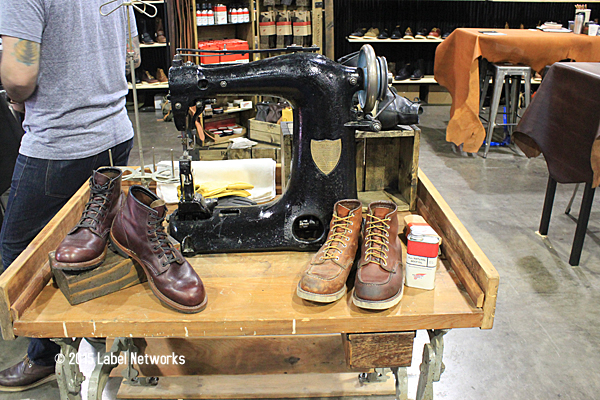 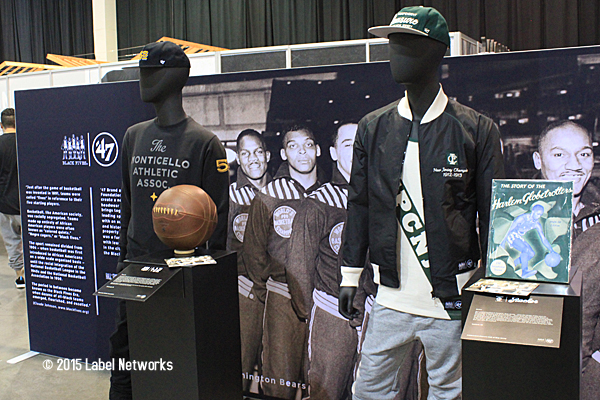 Sportswear is also a big part of Liberty Fairs but not in the usual sense. Here is a nod to the past and a story. 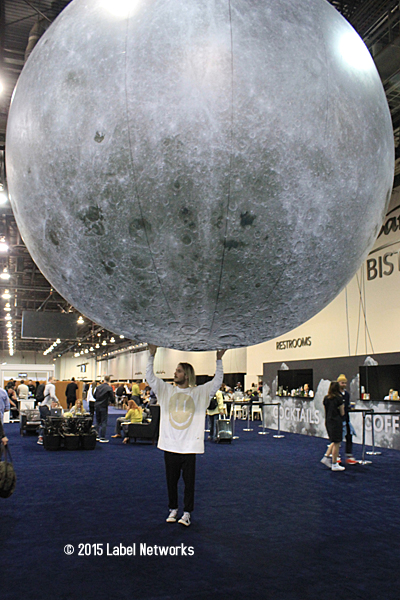 The moon is truly the key centerpiece of Liberty Fairs, with people stopping underneath it for selfies in the networking lounge. 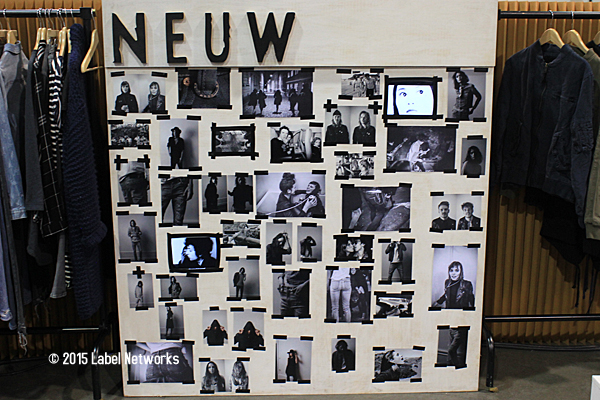 Neuw is a denim brand to note for it’s sustainability and leading-edge styles. 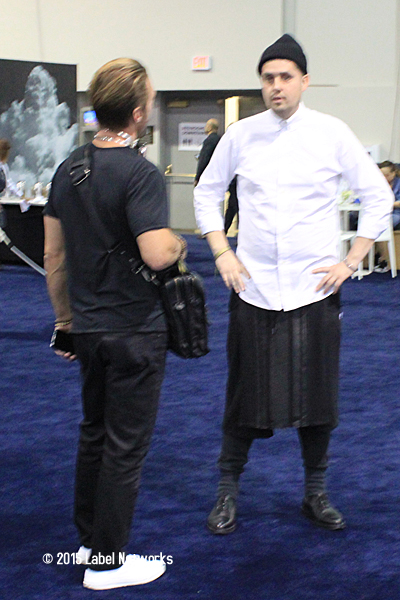 Guys in skirts isn’t unusual. Genderless fashion is on the rise. 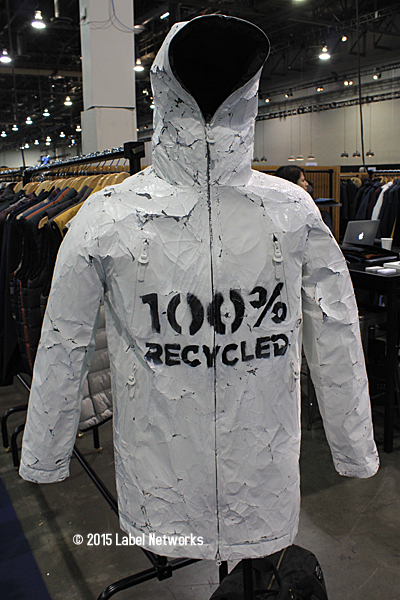 There continues to be more attention to sustainable fashion, no matter how obvious you have to make the message.