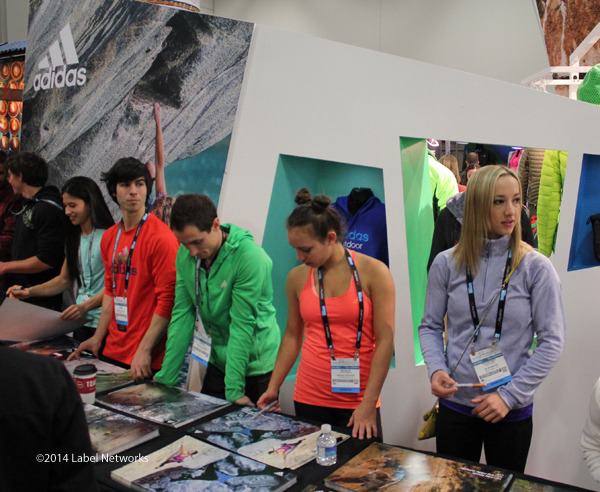 The fifth annual Outdoor Inspiration Awards, presented by adidas Outdoor, will debut new categories and open the nomination process early at the 2014 Outsiders Ball, being held during Outdoor Retailer Summer Market, Tuesday, August 5. The Outdoor Inspiration Awards recognize individuals, groups, and companies whose efforts go above and beyond in encouraging others to participate in outdoor activities.

Last year, we were quite impressed with adidas Outdoors and they special attention to youth culture. They had young climbers doing autograph signings on-site and have now added an additional youth category to their Outdoor Inspiration Awards for teens.

The awards will also now feature categories for retailers and non-profits, in addition to the original categories for manufacturers and individuals. In addition, the nomination entry form has been streamlined for easier submissions.

Outdoor Retailer, who stages the Inspiration Awards, will ask Outsiders Ball attendees to submit ideas about “who inspires” them by posting their thoughts on a large board at the entrance. These inspirational ideas will be used in social media as the nomination process proceeds through the fall.

“This event has not only become a staple at Outdoor Retailer Winter Market, but also,  provides a platform where our community celebrates those actively extending our mission of getting people outdoors,” said Kenji Haroutunian, Emerald Expo vice president and OR show director. “It is wonderful to publicly recognize those doing the leg-work in their own regions. We are excited to kick off the official search for this year’s Outdoor Inspiration Award nominees.”

“adidas Outdoor established the Inspiration Awards to shine a light on organizations and individuals whose passion for the outdoors inspires them to make it accessible to everyone,” said Greg Thomsen, managing director, adidas Outdoor US and title sponsor of the Outdoor Inspiration Awards. “They do this work without the expectation of being recognized. By opening the nomination process early, we have a greater opportunity to hear about their inspirational work and leadership.”

adidas Outdoor works with Outdoor Retailer and its panel of industry leaders to select the annual winners. In addition to title sponsor adidas Outdoor, other sponsors include Boy Scouts of America as a presenting sponsor and PrimaLoft Inc.