Biggest Snowboard Lesson in the World: Snow Sports Industries and U.S. Resorts Lining-Up to Set and Break Guinness Book of World Records Nikita and Bonfire Move Operations to Munich and the Latest on the Brands 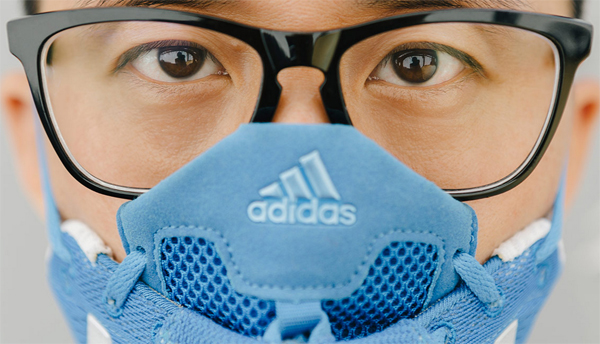 The latest artist featured on NeoCha, Wang Zhijun, is doing something about his environment by taking high-end sneakers and re-purposing them into face masks in order to make a statement and deal with the serious problem of pollution in his home city of Beijing.

Zhijun, according the story, always dreamed of creating his own custom sneakers. His art reflects his passion for footwear by taking Nike Air Force 1’s, Pumas, New Balance, and limited editions of a variety brands, deconstructs them and puts them back together in new ways. He often paints them, re-sews for a clash-up of branding overall, mixing a Puma logo for example on a New Balance.

According to Zhijun, with the rapid pace of city life today, he feels that “a lot of young Chinese people no longer have a sense of identity or have any idea of how generations before them used to live.” With this in mind, he often integrates Chinese elements and references to Beijing in his work. “I don’t want just to copy something that is Western, I want to express my own culture and where I’m from.” Using traditional sewing techniques and materials, his designs mix themes of pop culture and consumerism with Chinese cultural elements and motifs. 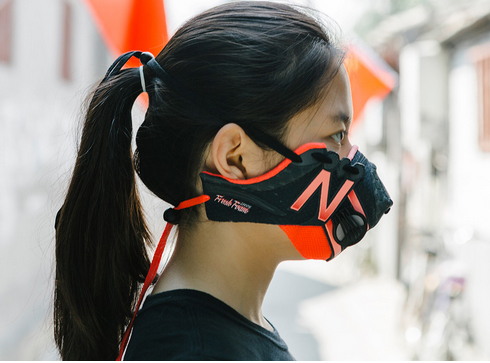 Zhijun masks have become a fashion statement but brings awareness about the environment to a new level.

Beijing in recent years has had an ever-increasing pollution problem, which forced Zhijun to stop running. Frustrated with the situation, he turned his sneaker art into face masks that actually work and have become somewhat of a fashion statement.

Zhijun says, “A lot of people think, why would you waste a pair of expensive, highly sought-after sneakers and turn them into a mask? But I wanted to change the way that they are perceived, and give them more life and meaning rather than just as objects to buy and put on a shelf at home. I’m also someone who likes to go out and buy new things, but I still want to try to highlight these problems so that more young people think about them.”