Unliked: How Facebook Is Losing Face with Youth Culture Markets 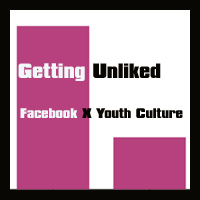 Facebook is at its lowest level of popularity among youth culture today than at any other time in its history. What’s even more revealing however, are the growing percentages among younger demographics that are simply not interested in using Facebook at all.

According to our latest round of consumer market intelligence from 2014, more than 75% of 13-25-year-olds say they are using Facebook less than last year, even though the number of social network profiles among youth is on the rise and more than three-fourths of the demographic say social networks are very important to their lifestyles.

These findings are among the fresh data from our highly anticipated 14th Annual Spring Youth Culture Study 2014 covering 13-25-year-olds across the United States to be released next month. Within the topic of Social Networks, our data has revealed that Facebook has lost face with the very marketplace it was hoping to attract: American teens.

While 82.6% of the youth marketplace of 13-25-year-olds have a Facebook account, this percentage is significantly lower than exactly one year ago. Of even greater importance however, is that in the last year there is a growing number of young people primarily within the age group of 13-16-years-old that have never even signed-up or used Facebook at all.

“They are skipping right over Facebook, and are not even signing up for accounts,” says Tom Wallace, President of Label Networks. “They have moved to other social networks and apps and Facebook will likely never attract this market again.”

The result is a growing “generation gap” between the youngest and oldest demographics as social network platforms change and new demographics create different methods for integrating them within their personal lifestyles.

“We often hear comments like, ‘When my mom joined [Facebook], I left.’ Facebook was no longer considered ‘their’ platform,” explains Wallace. “Newer social networks give them different freedoms and opportunities to get back to their own peers, because let’s face it, not all young people want their parents to see their selfies or other things they’re up to. Instead, social networks like Tumblr, Instagram, and lately, SnapChat have taken up the slack.”

When it comes to watching trendsetters in social networking, there are several things to note. First, why they leave and move onto something else and understanding differences in usage patterns based on gender and age groups. Some leave because Facebook provides an easy platform for school bullying. Other issues include privacy. For a generation that’s grown-up with social networks as a part of their parents’ lives, platforms like Facebook can seem like dinosaurs.

Facebook has continued to buy or build their way into new user’s hearts. Despite launching an email and text program that they hoped would rival Gmail, Facebook quietly closed it this week. No one used it, especially not youth culture markets.

The best thing Facebook has going for it is Instagram in terms of capturing young people’s attention, but there’s still the issue of how to generate revenue via a mobile phone app.

When SnapChat denied a buyout for $3 billion, it was another blow. Instead, the big hype now is Facebook’s acquisition of WhatApp for $19 billion. This may give them more international text users, but this doesn’t replace the decline in interest among American teens, the leaders in social networking patterns and trends, who have decided to move on.