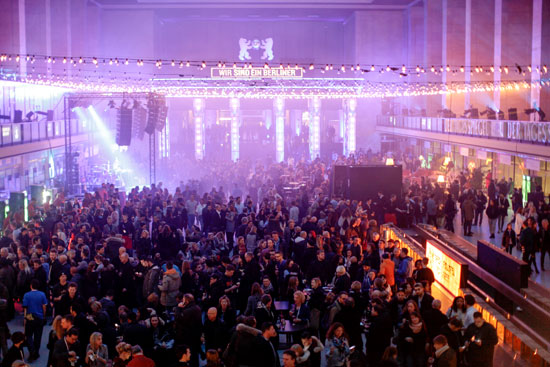 The kick-off to Bread & Butter Berlin, which ran from January 14-16, 2014, at the Airport Berlin-Tempelhof, launched with a massive opening party, a spectacle of lights, and a celeb-studded crowd. Under the theme “Ich Bin Ein Berliner” (I Am Berlin), Bread & Butter continues to be the centerpiece of European contemporary trade shows, but it’s evident that the fashion industry is once again undergoing transformation.

In many ways, opening parties and music events like Bread & Butter, bring a festival-like atmosphere to fashion and an opportunity for exhibitors, media, and leaders in the fashion industry to unite and network under an exciting and inspiring atmosphere. As trade shows turn more towards events in and of themselves, it’s not surprising that Bread & Butter announced the news that at their next show in July, they would be adding consumer days and opening up the show floor to fashion fans. This also means a greater opportunity to sell tickets and bring in a lifestyle range of options such as more music and art events. 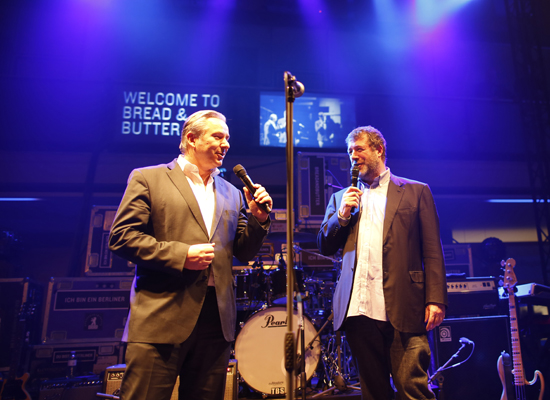 The host of the Bread & Butter’s kick-off opening party was Joko Winterscheidt who welcomed the crowd together with Karl-Heinz Müller and the governing mayor of Berlin Klaus Wowereit. Soulful Cody ChesnuTT laid out a performance, followed by the Denim Symphonie. A neo-futurist project, realized by Alberto Candiani, owner of the renowned Denim Mill Candiani performed for the first time live on stage.

Bread & Butter was smaller this winter with brands such as Superdry, Pepe Jeans, Adidas, and G-Star choosing not to exhibit, making the centralized Urban Base a tighter group. But then again, other brands were back such as PME Legend.

Other changes included no longer having the streetwear hall and brands that were there, having to move to either the Urban Base section or L.O.C.K. area. According to Sportswear International’s interviews with brands such as Herschel Supply, the move to L.O.C.K. was different, but worked OK for the brand. 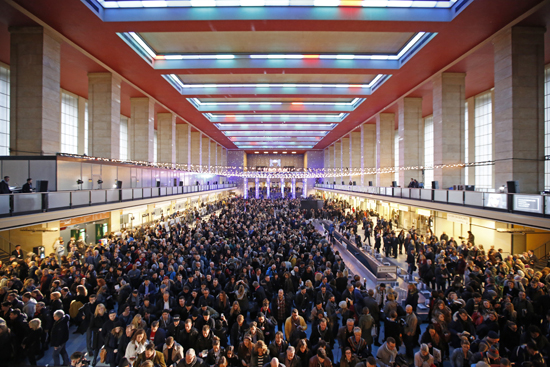 Opening day registration to the show.

From brands we spoke with in the United States, Bread & Butter is a vital show for reaching Northern European markets, but it’s a challenge in these economic times to commit to both Bread & Butter shows. More brands tend to think the July show is the predominate Bread & Butter to be at and have scheduled for then.

The big news however is that Bread & Butter has recognized the need to reach audiences in Asia. This is a growing marketplace for many in streetwear, action sports, and denim. Karl-Heinz Muller said that they hope to create a Bread & Butter soon, possibly even this fall, in Seoul, Korea, to reach this growing new audience. 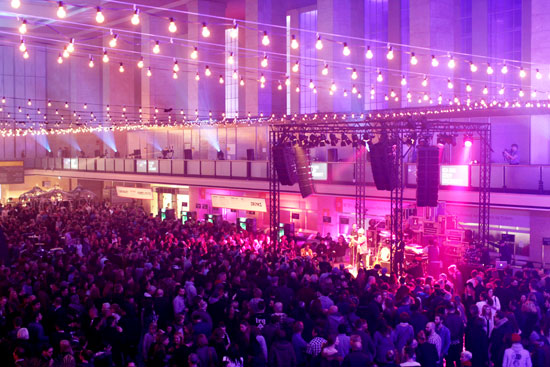 More from the opening event party.

Similar to what was seen at Agenda fashion trade show in Long Beach earlier this month, streetewear is moving in the direction of varsity jackets and academic themes, plus camo and mixed prints including both Hawaiian flower prints, new versions on plaids, slim-fit denim, denim tights, and capri-style workwear with gathered cuffs.

According to Karl-Heinz Müller’s new plans for summer he said, “The traditional trade show concept doesn’t work anymore in future. We have to include Social Media, Online and the interested consumer. And we have to think about integrating lifestyle brands besides the well-known clothing sector.” 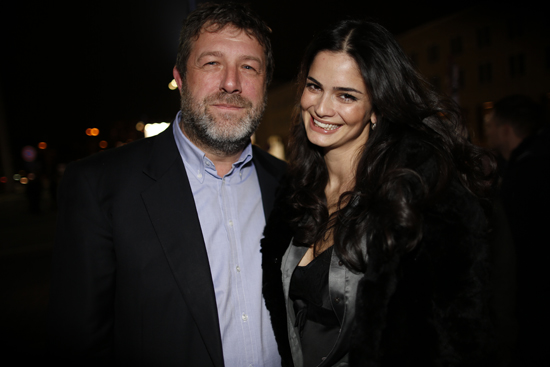 Exhibitors have had a mixed reaction to this, from Palladium saying they are looking into other show options, to Mustang committing to going with the changes.

Overall however, fashion trade shows are undergoing an evolution which they must. Understanding that the well-informed consumer is what’s driving trends, especially when it comes to streetwear, is a first step in the right direction.