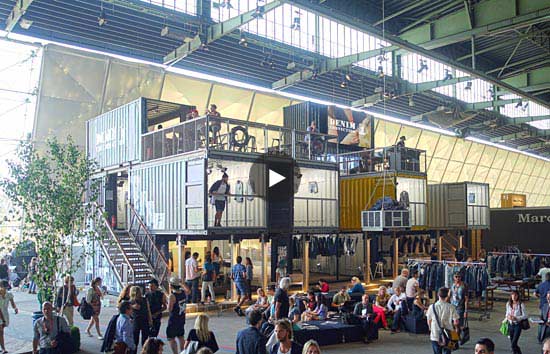 The addition of consumer days to what was once industry-only trade shows are becoming more popular as the evolution of the fashion industry continues to change with stronger consumer influence and control.

Last week, we announced that Bread & Butter trade show in Berlin would be changing their format for their July, 2014, edition, and yesterday, Sportswear International revealed the latest plans from Bread & Butter and their addition of consumer days.

According to Bread & Butter director, Karl-Heinz Muller, the show will expand to 5 days starting July 8, 2014 with a press day, then 2 days for buyers and retailers called “professional” days, and the last two days the “public days” open to consumers. 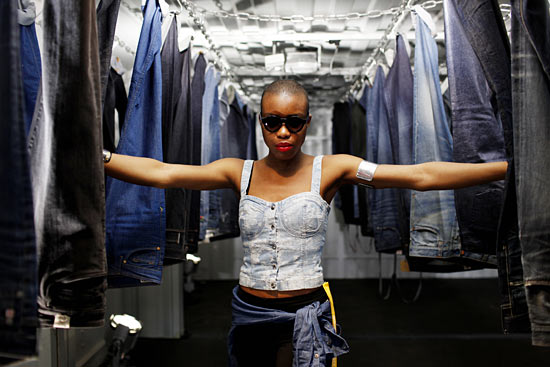 Denim, urbanwear, and streetwear make up a large portion of Bread & Butter.

On reason trade shows are often not open to the public is because brands don’t want to reveal their next year’s collections and there’s the fear of designs and styles being copied on the mass marketplace. However, as many shows have also realized, not including the consumer into the process of creation can also alienate target markets by the brand. When it comes to youth culture, you’re talking about a generation that has grown up with access to information and greater options for shopping including online, and/or creating their own styles from crafting their own designs (especially with T-shirts), or mix and match vintage, thrift, and eBay finds, as examples.

While shows may lose that cache of exclusivity that many brands (and shows) want by opening themselves up to the public, the flipside is that shows can also generate more revenue by charging for consumers to enter into the shows. Trade shows are also morphing into entertainment events with music, live street art exhibitions, dance, food, and drinks as a growing part of the package.

For Bread & Butter, the additional funding may come from the consumers who choose to visit the show. The show is charging 25 Euros per consumer pass. Industry professionals will have the same fee as always with those doing business with Bread & Butter getting in for free, and those that are not doing business, paying 500 Euros.

“There will be no selling to consumers,” said Müller. Brands can also opt to show their future collections, or simply showcase what they currently have going on. What this means is that some brands may end up changing out their merchandise at the show, which some brands have stressed is unfortunate.

Bread & Butter also stated that they will feature even more music events and activities during the public access days.

“Conventional trade shows are not enough anymore,” Müller said. “Consumers give impulses today, they are the key, everybody wants them. Apart from that, public days are nothing new – big trade shows such as IAA in Frankfurt or Baselworld already do this.” Müller said his new inclusive concept is the “Global hub of modern lifestyle.”

Muller said, “I am not doing this to bring back the big brands to BBB, although there are some that have already told me they will re-consider. There were also negative comments, but all in all feedback was positive.”