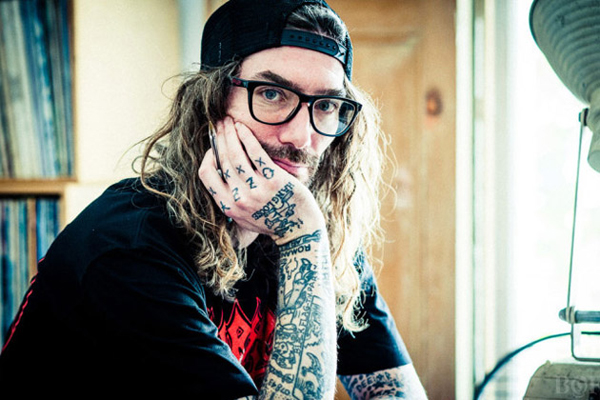 Fergus “Fergadelic” Purcell has been at the center of graphics for streetwear and skateboarding for years. He’s the man behind Palace Skateboards’ Tri-Ferg logo, and has done a number of collaborations with brands such as Stussy and Silas. He’s been given cred for bringing grunge-wear to the runway and crossing boundaries of music, fashion, art, and street. Recently, the Business of Fashion did a great interview about Purcell’s latest collaboration with Marc by Marc Jacobs for their Fall/Winter 2014 collection.

The interview dives into the importance of subcultures, band merch T-shirts, and the rise of streetwear. It also takes a fresh look at BMX, skate, and especially Motocross as inspiration for fashion. In our opinion, this collection is full of character with a new twist on action sports inspiration and the crossover of a variety of cultures, yet with a punk rock, rebel aesthetic. It is the first time that moto has made it in high fashion on the runway. Purcell’s collaboration with Marc by Marc Jacob is already turning heads as he’s reinvented the concept of what is fashion for today’s youth culture marketplace. 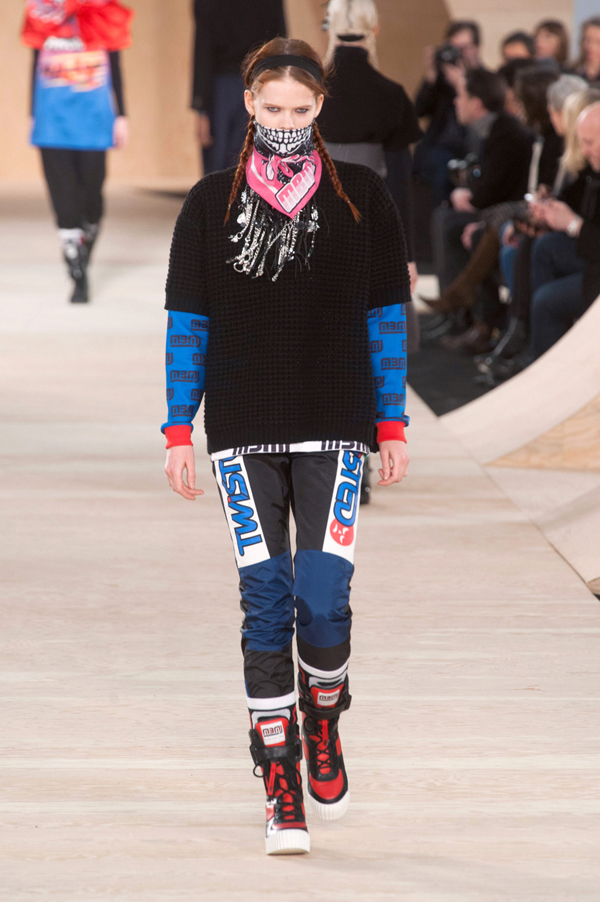 “I was very aware that even though it wasn’t billed as a full relaunch, the fact that Katie and Luella [were] going to be in charge made it a bit of a rebirth. I wanted to help that phenomenon. I felt that there was loads of affection for Marc by Marc Jacobs out there and if they could just reconnect, people would be really excited. That was on my mind when I was doing the graphics — to do stuff that would convey a real sense of confidence and fun,” said Purcell in the interview. “They were really geed up that I was the one to do the job and when they presented me with their themes, it was just perfect; it was a blend of skateboarding, BMX and motocross.  Motocross was one of the things that I really wanted to focus on visually, because of the way those outfits look; they are an amazing canvas for graphics and the professional riders have the logos all over, as per the [MBMJ] collection really, so that was great.”

According to Purcell, “First of all, I think they were only really looking for a couple of graphics and, in the tradition of a label like that, they would to make a couple of t-shirts, do some patches perhaps and then quite a lot of product, stuff like backpacks. I was happy for that to happen, but knew I could really get my teeth into the motocross theme and thought if I gave them enough stuff then hopefully it could get used quite widely across the collection. I sent over as much as I possibly could, and they got more into it.”

Here’s more from the interview: Today, Purcell sees the return of streetwear, including logos and slogan-bearing t-shirts as, partly, a reaction to omnipresent irony of the time period stretching from the late-90s to 2010. “There was that whole Vice magazine culture of irony and of course irony is important, but when it became the abiding factor, especially in self expression, it was like a rudderless ship, people didn’t know how to express themselves.” In contrast, he regards band t-shirts and sub-cultural streetwear as affirmative: “A lot of what is exciting about the language of t-shirts and what you’ve got written on your leather jacket is that you’re into it — and that’s such a profound and liberating statement. If everything is about the ironic interplay of post-modernist references, then it becomes quite tired, quite quickly. I think the retreat from literal self-expression [signified] fear culturally — like a desire to not stand out or make a statement. I think the fact that it’s come back is quite joyful.”

Check-out the story at Business of Fashionand images from the Marc by March Jacob collection with Purcell here. 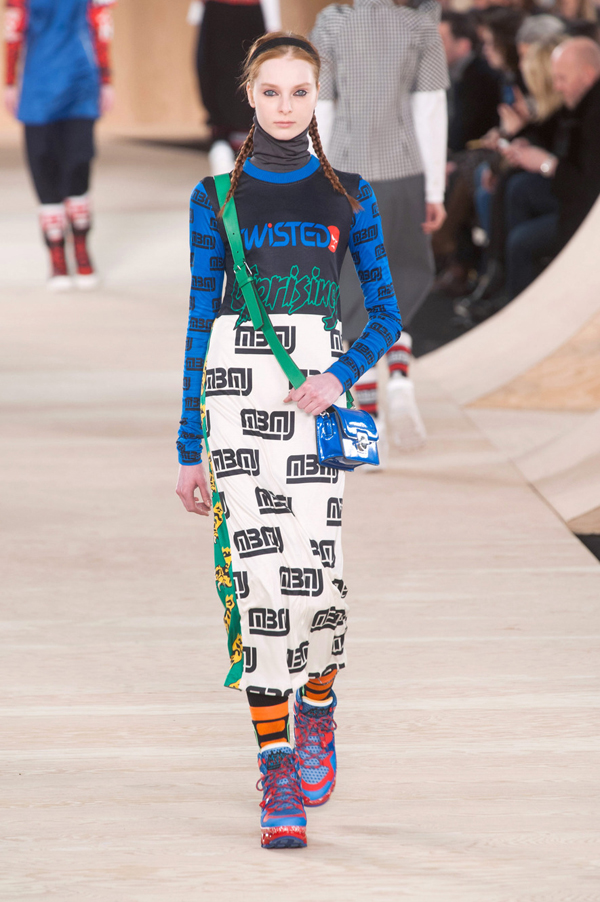 Logos on the comeback. 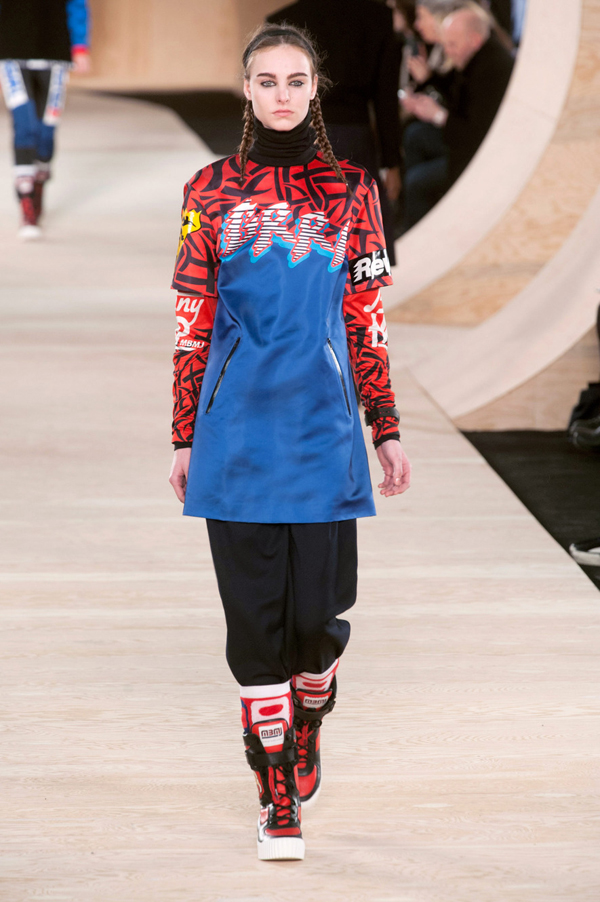 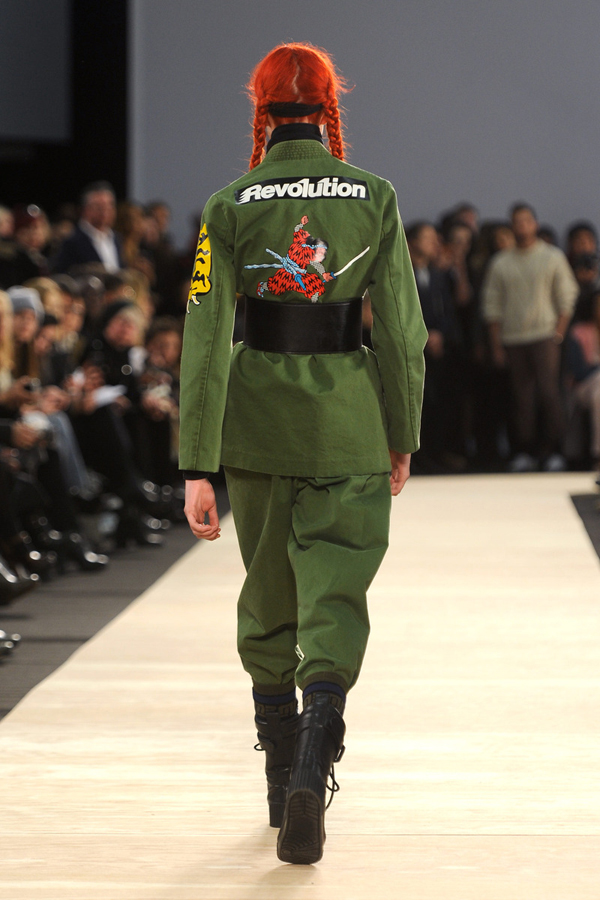