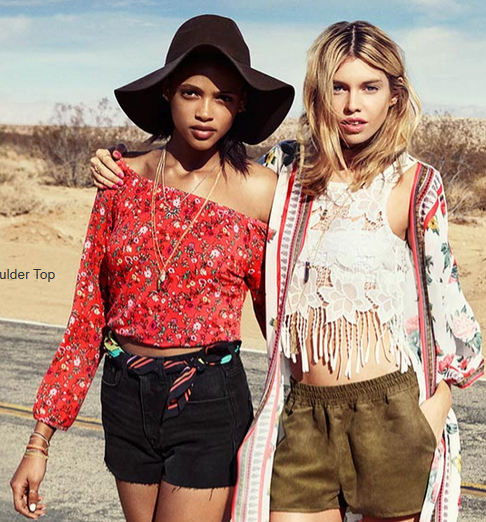 H&M will once again be returning to Coachella, not only as a sponsor, but even more so with the actual collections they’re pumping out right now for the upcoming summer festival season which starts, of course, with Coachella, April 10-12, and again 17-19, 2015. ‘70’s inspired apparel, loose-fit tops, cut-offs, dresses, sun hats, and a vast array of accessories has made the fast-fashion giant one of the premiere shopping destinations for those headed to the Indio desert (and those who want to just “look like” they are going to Coachella).

But in more good news, they are about to launch their H&M Conscious Exclusive in 200 stores and online. As a part of their sustainability work, H&M has set high sustainability goals and it’s been paying off, as noted by Greenpeace’s new Catwalk fashion rankings. Over the two last years, they have almost doubled the share of more sustainable cotton used in their product range. The “H&M Conscious Actions Sustainability Report 2014” will be available on hm.com April 9, 2015. 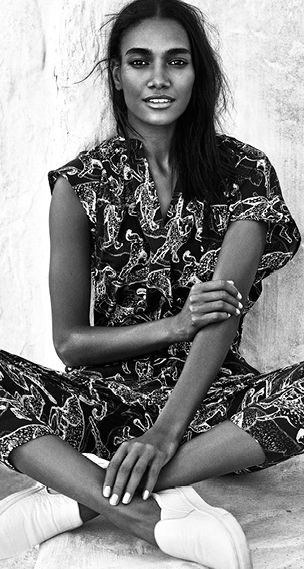 The H&M group plans a net addition of around 400 new stores for the financial year 2014/2015. New markets for store expansion in 2015 are, Taiwan, which opened in February, Peru and Macau which will open towards the end of the first half-year, and South Africa and India, which will open during the second half-year. Nine new online markets will open in 2015: Portugal, Poland, the Czech Republic, Romania, Slovakia, Hungary, Bulgaria and Belgium will open during the spring and Switzerland will open in the autumn.

According to Karl-Johan Persson, CEO, “We have made a very good start to 2015 – in terms of both sales and profits. Our attractive customer offering and strong expansion both through stores and online, as well as our work on continuous improvement, are among the reasons for increased market share gains and good profits. We achieved this strong increase despite our continued long-term investments within areas such as online and IT with the aim of building an even stronger H&M for the future. It is very important to always be able to meet customers’ shopping demands and expectations in the fast digitalizing development that is taking place in the retail market.

Already during the spring, we are opening eight new H&M online markets: Portugal, Poland, the Czech Republic, Romania, Slovakia, Hungary, Bulgaria and Belgium. During the autumn we will also open our online store in Switzerland.

Another example of an exciting upcoming opening is our new flagship store on Herald Square in New York, which will be one of our largest stores in the group with an area of 5,700 square metres in total. So we have many interesting openings to look forward to – both as regards stores and online. In total, we plan to open 400 new stores net and nine new online markets this year, enabling us to reach more and more customers every day.

At the same time as this expansion is going ahead, we are continuing to broaden our product range and to develop further our various other brands COS, & Other Stories, Monki, Weekday and Cheap Monday, which are all becoming more and more established in the world of fashion. H&M Sport and our extended shoe range have been well received, and we will now launch them in more stores. And in the autumn we are looking forward to offering our customers our latest initiative, H&M Beauty – our new beauty concept that will be launched in an inspiring shopping environment which will further strengthen our customer offering.

As mentioned, the year has got off to a very good start and we have great faith in our offering. Although the strong US dollar will affect our sourcing costs going forward, we will make sure that we always have the best customer offering in each individual market.”