Cloud Made of 6,000 LightBulbs Illustrate Art as Nature Music and Youth Culture Report: The Ultimate Crossover Platform from Communication, Sports, Technology, and Fashion

Hurley/Nike Pull-out of U.S. Open of Surf Sponsorship for 2013 and Future—Pushing for Greater Connection to Youth Culture 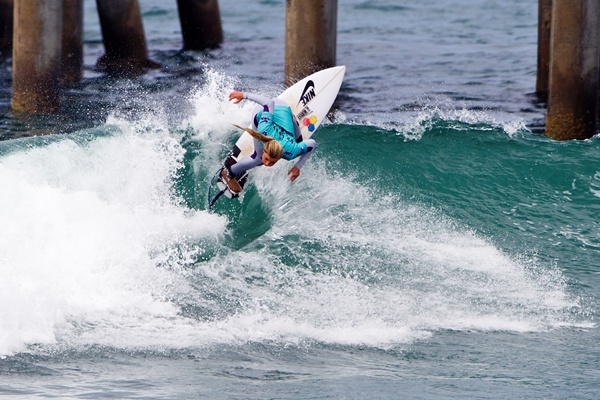 When Shop-Eat-Surf scooped Transworld Business yesterday on the big action sports news that Hurley, and therefore Nike, decided to no longer sponsor the mega-surf event, the U.S. Open of Surfing in Huntington Beach, CA, the responses to answers were of course remarkably similar. But there’s more beneath the surface.

In the Shop-Eat-Surf story, Tiffany Montgomery interviewed Bob Hurley on the decision. His response was that the decision came down to evolving and “exporting” what was created at the U.S. Open into other aspects to reconnect with athletes and kids, their target audience.

While Hurley says that their relationship with IMG and Huntington Beach has been successful, and they’ve pretty much reached their goals after 4 years of carrying the ball for this event, it’s clear that it hasn’t quite moved the needle in connecting with the greater portion of youth culture.

In the Transworld article, Mike Lewis interviewed Hurley SVP of marketing, Evan Slater and the responses were similar: time to evolve, reconnect with athletes, and reconnect with millions of kids. Actually, in this article, this was stated twice.

What’s interesting is the real question of whether sponsoring a surf event, which actually was an entire festival including skateboarding, BMX, and music, was worth the cost for reaching youth culture as a whole. The needle is measured truly by what the marketplace itself thinks of Hurley (and Nike) as a brand. In our Spring, Summer, and now again in our Fall Youth Culture Studies 2012 released this week, we can quantify where the marketplace is headed and what happened to brand preferences for Hurley, Nike, the brands, the stores, and how certain demographics have shifted focus and why. By measuring consumer insights across thousands of young people this past year along among ages 13-25-years-old across the United States, Hurley has hit significant changes in perception among this new generation. Looking back further, the graphs clearly indicate when the shifts started and where things are headed not only for Hurley, but Nike, sneaker culture, and various sporting icons, events that resonate, and how this new generation thinks about sports and sponsorship overall.

Surfing has been going through significant changes as a sport in general, as we’ve been tracking for years, but it’s safe to say that the past year to 18 months have been the most dramatic. There’s a bigger picture going on here other than just the sport of surfing: it’s changes in the perception of action sports, youth culture, brands and icons, and new influences from dynamic communication platforms, spending patterns, and a host of interconnected shifts in lifestyle preferences.

We are in the middle of significant change and the Hurley/Nike pull from the U.S. Open is just a part of a larger shift taking place as a whole.