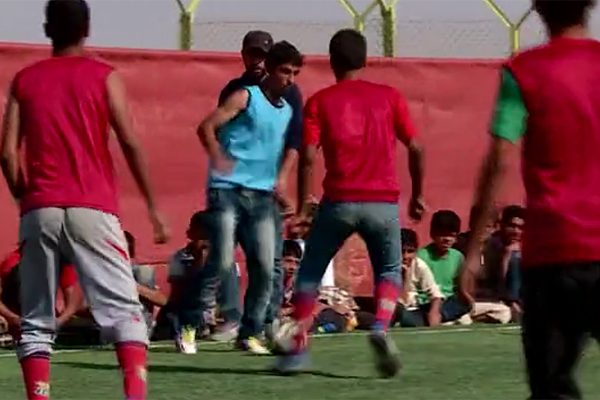 Unfortunately, most people in refugee camps across the world are young people. Displaced from their war-torn countries, often for years, there can be little reason for hope. The International Olympic Committee has teamed up with the United Nations and launched special envoys of the UN for Youth Refugees and Sports.

Last week, IOC Honorary President Jacques Rogge completed his first mission as Special Envoy with the goal of raising awareness on the conditions of youth refugees and the impact of sport for their well-being. Rogge visited Syrian refugees currently living in the Azraq, located in the desert 100 kilometres east of the Jordanian capital, Amman. He was accompanied by HRH Prince Feisal Al Hussein, IOC Member in Jordan and President of the National Olympic Committee.

The Azraq camp formally opened last April and is run by the Jordanian authorities with the support of the United Nations High Commissioner for Refugees (UNHCR) and its humanitarian partners. The camp currently hosts 5,000 shelters housing some 18,000  refugees.

During the visit Rogge spent time with refugee families and youth. He also visited the site that will soon host a multi-sport playground financed by the IOC. In addition to providing the facility, the IOC, together with local partners, will also implement a full program for kids to play sports including football, volleyball, basketball, field hockey, and handball in addition to taking part in the recreational program already underway in the camp. The facility and the program will be designed to encourage girls to also participate.  Almost all children in the Azraq camp have experienced traumatic forms of violence and sport is considered a key component to their healing process. The sports program should be operational in the course of 2015 and aims to benefit over 2,000 young people/refugees per year. 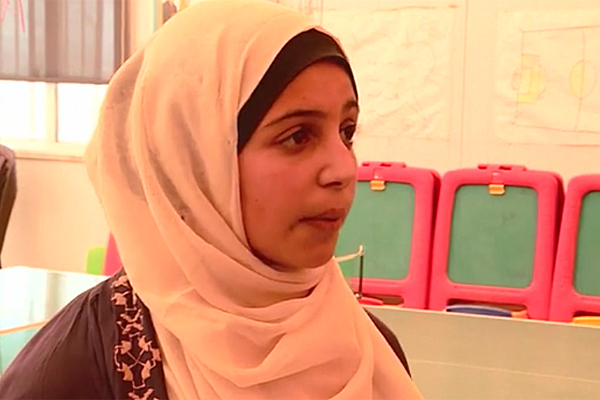 “I am really honored to have been appointed to this role and grateful to the UN Secretary-General for the trust he put in me. This first mission has been particularly moving and inspiring,” said Special Envoy Rogge. “Refugee populations are largely composed of young people and children and having talked to families today there is no doubt that leisure and physical activities can have a positive impact on their lives in disarray.”

“Sport will improve their physical health, give these refugee youth a sense of enjoyment and hope, and bring structure to their daily routine,” he continued. “We cannot underestimate the important role of sport and I am proud to be here to see that these are not only words but a reality.”

Rogge was appointed Special Envoy of the UN Secretary-General for Youth Refugees and Sport last April in New York when the IOC and the UN signed a historic agreement aimed at strengthening collaboration between the two organizations.

The IOC, which has been working in close collaboration with the UNHCR for two decades, has already seen thousands of refugees benefit from sports programs and equipment donated by the IOC.

Since 2004, the IOC and UNHCR have organized a “Giving is Winning” program in the run-up to the Summer Olympic Games. This global solidarity campaign has become an iconic experience through which athletes, officials and sponsors of the Olympic Games, National Olympic Committees , International and National Federations, and other Olympic Movement stakeholders have expressed their support for young people in need, particularly in refugee camps, by donating tens of thousands of clothing items . The campaign has already collected over 170,000 items of clothing, which have reached refugees in 23 countries across Africa, Asia, Latin America and Europe.

In 2013 and 2014, the IOC, Worldwide Olympic Partner Samsung and the UNHCR have joined forces to distribute IOC Sports Kits to more than 180,000 internally displaced young people living in refugee camps in 20 countries throughout Asia, Africa and Latin America.

In Namibia, the IOC, UNHCR, and the local NOC implemented a Sport and Education program for some 8,500 young people living in the Osire refugee settlement in the center of the country. The program was specifically designed to involve young people in sports activities in order to alleviate some of the major problems affecting them, namely teenage pregnancy, sexually transmitted infections (such as HIV) and drug abuse.