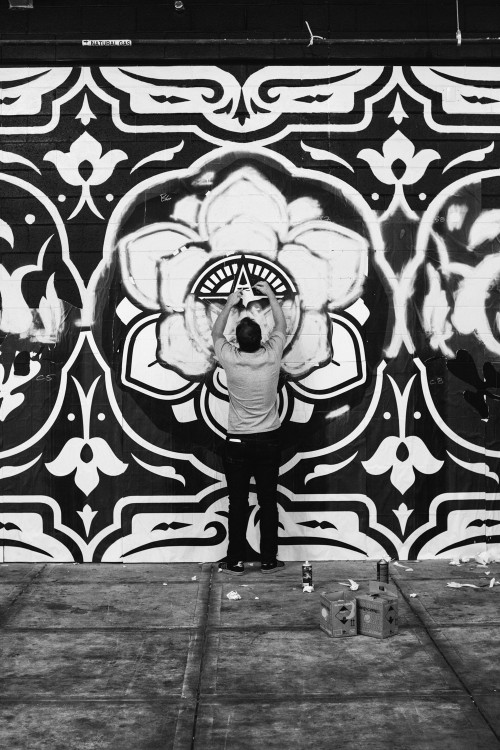 Shepard Fairey working with his crew on new murals for Detroit and his upcoming show at the Library Street Collective. All photos courtesy from ObeyGiant.com.

Shepard Fairey tends to love working in cities that are not necessarily the mainstream, and if anything, wanton for new inspiration and ideas in the midst of various urban detritus. His upcoming mural project and show in Detroit is one such example.

Before heading out with his crew to tackle a 180-foot by 60-foot mural which is part of his show with the Library Street Collective which debuts Friday, May 22, 2015, Fairey was at Pratt Institute receiving an honorary doctorate from President Schutte, who was also a former president of Fairey’s alma matter, RISD.

From there he was off to Detroit where he’s working not only the large mural, but also a smaller one that will be at an artistic alley location known as “The Belt.” 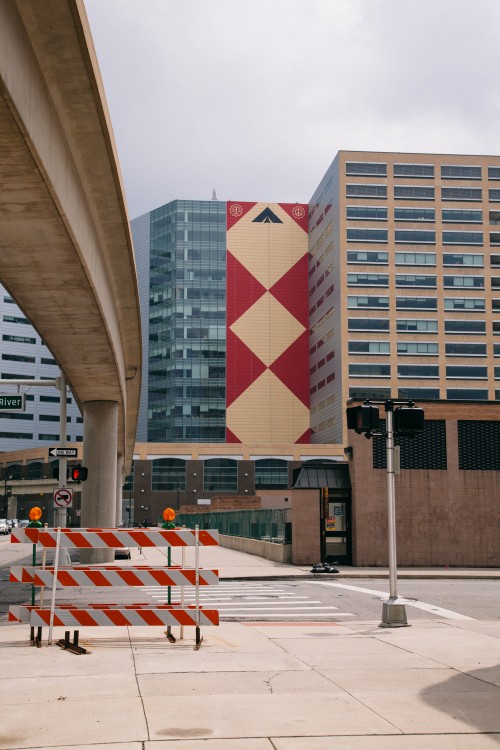 Another huge mural project for Shepard Fairey in Detroit.

The Library Street Collective is one of the important cultural institutions in Detroit that’s giving new life to the city and bringing in various artists. Previously, they worked with Swoon, Revoke, and Tristan Eaton. Fairey’s show includes the two huge public art pieces, an evening for him to DJ, and then of course, his own show.

According to an interview with WWD, Fairey said, “I’m a populist. I try to engage people in different ways, and they ticked off every box,” he said, “Juggling so much, the challenge is to have all the right variables come together to make the time to go to a place like Detroit that’s not New York, San Francisco or Tokyo. Some of the most fun shows I’ve done have been in places like Columbus, Ohio, Pittsburgh and Detroit — places where people aren’t spoiled or jaded.” 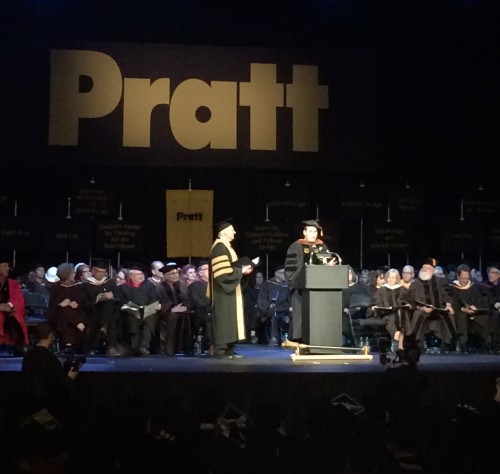 Fairey’s clothing line is also doing quite well. As we’ve seen in our Youth Culture Studies, Obey has increased on the radar as a favorite among various subcultures and is a brand to watch especially in the category of T-shirts.

In addition, each collection of Obey’s clothing supports a specific cause. This matches Fairey’s cause-related work in general.

“It’s good to support things like Honor the Treaties, because clothing can be so superficial. This is a way to remind people that I do all these things not just to move units — not that I’m ashamed of making a good living. But there can be something altruistic woven into it,” he said.

Fairey has another book coming out with Rizzoli in September called “Covert to Overt” which showcases his artwork from 2010 to the present. 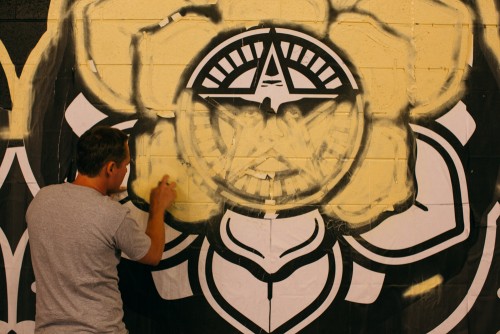