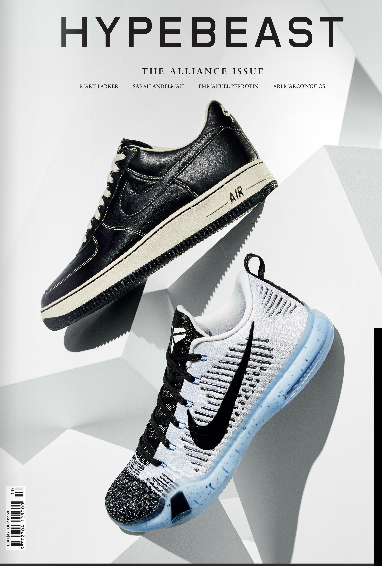 Last Monday, Hypebeast, the site known mostly as the place to find out about fashion trends in particular sneakers was listed on the Hong Kong stock market, raising some HK$65 million or US$270 million, making it one of the best Asian stocks for 2016. What started as a blog by Kevin Ma 11 years ago when he was a student in Vancouver, has become one of the most hyped-about brands on the stock market.

Sneaker culture is big business and the various core blogs out there that keep track of latest drops and collaborations has fueled the fire among many sneaker collectors, creating an industry that perpetuates itself with rabid fans. Hypebeast has 2.3 million Instagram followers and didn’t stop just to report on trends. Along the way they’ve expanded the empire into not only trend forecasting, but launching an ecommerce system to sell such items directly to consumers. They’ve also added HypeTrak covering music, and Popbee, a women’s fashion and beauty site.

There’s something to be said about sneaker culture and its associated streetwear culture. Hypebeast reflects on the entire scene and is followed by a score of celebrities (Kanye West even put Hypebeast in one of his songs). Ironically, while action sports brands are fading fast and retailers are hemoraging in this space (PacSun filed for bankruptcy), streetwear culture and sneakers continue to outpace what many in the fashion industry thought possible. Even the luxury industry is having a hard time these days.

Hypebeast also proves that you can actually go from online to print instead of the other way around: Last year, Hypebeast launched their first print publication, which then can often be found on EBay for a premium price.

With such drama now surrounding the former sneaker blog, it will be interesting to see what directions Hypebeast, and the brand, choses to take with its new millions.