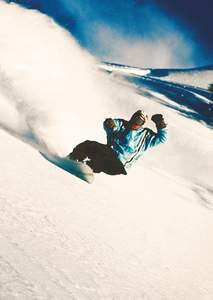 Tom Sims in the backcountry.

Tom Sims was known for many things including the inventor of the snowboard on the West Coast when he built his “skiboard” in 1963. He later went on to launch Sims, which was a leading snowboard brand attracting top riders in the world. Tom Sims was known for sponsoring top riders ranging from big mountain rider Craig Kelly to Big Air queen Tina Basich. Tom Sims also ran a skateshop in Santa Barbara back in the day and was known as a talented skater, often skating alongside Stacy Peralta, Christian Hosoi, and others.

He won the U.S. Open of snowboarding in 1985 and was the stunt double for Roger Moore in the James Bond film “A View to a Kill.”

Yesterday, Twitter and Facebook were active with many from the action sports industry posting fond memories of this legendary man.

Our thoughts and prayers go out to his family. 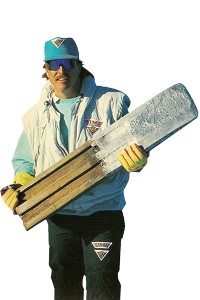 Tom Sims, inventor of the snowboard, here with his "skiboard."