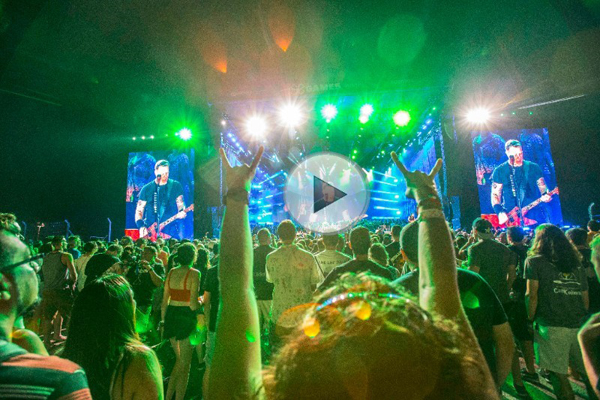 X Games music scene from 2015 when it was first introduced.

X Games Aspen 2016 continues to move in the direction of becoming a more all-round festival experience. Last week they announced their music ticket sales and events to take place at Buttermilk Mountain, January 28-31, 2016. After four successful concerts at the base of Buttermilk Mountain in 2015, X Games in 2016 will increase the music offerings to six artists, including a doubleheader Saturday. This year’s concerts will include performances by deadmau5, DJ SNAKE, KYGO, Nas, Run The Jewels and Twenty One Pilots, alongside the sport and festival offerings.

All-Music passes are $150, however general admission to the action sports competitions and festival villages is free to the public.

In addition to the shows at X Games Aspen, there will also be intimate shows at Aspen’s 450-capacity music venue, Belly Up. In addition, a preferred option for the action sports competitions is also available to fans by purchasing a Platinum Pass for the event. Each Platinum Pass will include access to the platinum suites inside the SuperPipe control tower, a guided pre-event tour of the SuperPipe, two-day lift ticket to all four Aspen Snowmass mountains, preferred music viewing, daily autograph opportunities and more.