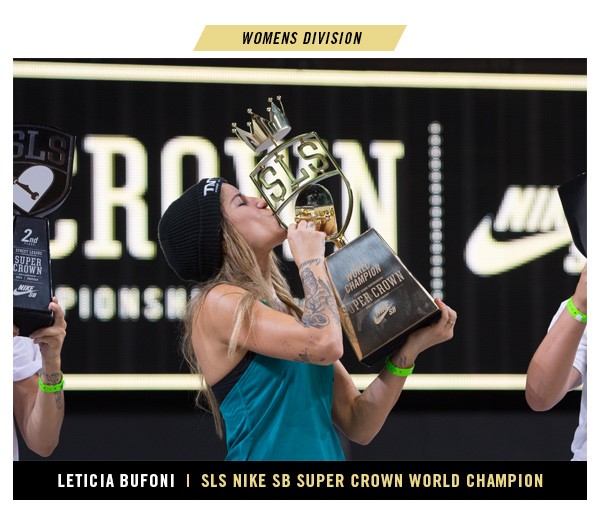 Thanks to the hard work of the Action Sports Alliance, a non-profit that empowers young women in action sports, and the newly formed Women’s Skateboarding Alliance, the first-ever Street League Skateboarding Women’s SLS Nike SB Super Crown World Championship took place in Chicago, IL, last week. It was a huge step in the right direction for women’s skateboarding and hopefully a sign of more to come.

The winner was Brazil’s Leticia Bufoni (a B4BC athlete ambassador) as she moved into first place at the last second, winning $30,000 and a Nixon watch worth $11,000. Her 360 flip across the up down gap had eluded her on her third and fourth attempts of the Best Trick section, but not on her fifth. Bufoni rolled up, scooped, flicked and landed it perfectly.

Here’s more about the Women’s Skateboarding Alliance and growth of women in skateboarding.