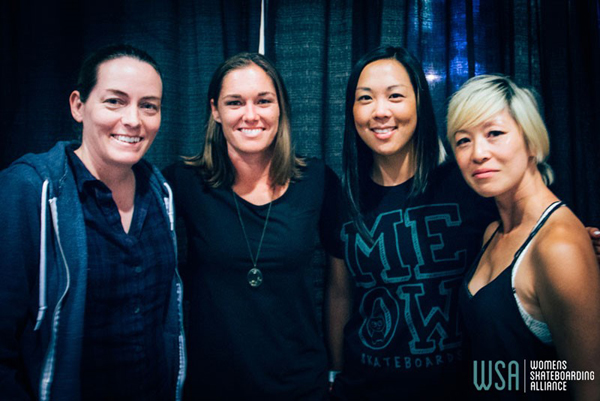 However yesterday, September 15, 2015, the Action Sports Alliance, which is going into its 10th anniversary, a nonprofit empowering and encouraging young women’s participation as well as increasing professional opportunities for women in action sports launched its newest division, Women’s Skateboarding Alliance (WSA). WSA is a global management and consulting agency dedicated to authentically representing the industry voice of women’s skateboarding. And the WSA has partnered with Street League Skateboarding to launch the first women’s event on the Tour. 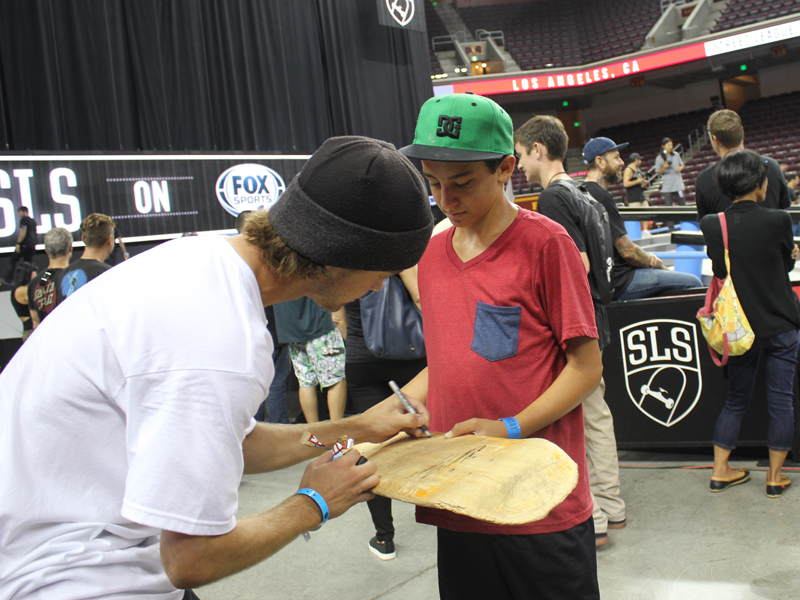 Label Networks’ photo from Street League Skateboarding. Autograph sessions are a key part of the Tour.

Here’s more:
“We have worked together to maintain legitimacy and fairness at professional women’s skateboarding events worldwide since 2005. The formation of WSA will allow us to further provide what’s necessary for the skaters and our clients,” says Mimi Knoop, Founder and President of WSA. 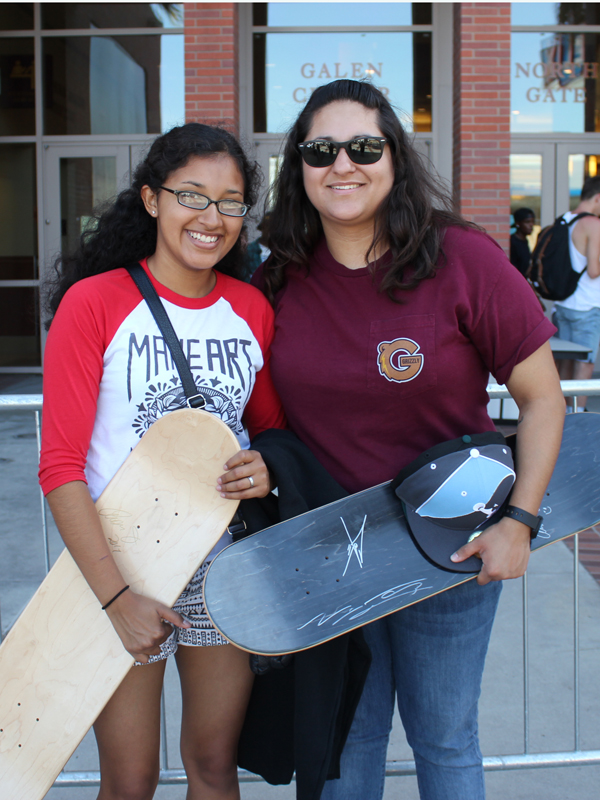 Man girls attend the SLS events. This is the Championship in Chicago. Photo by Label Networks.

“Mimi has built a program that has been a key voice in women’s skateboarding,” explains SLS President and COO, Brian Atlas. “As a premium platform for competitive skateboarding, SLS needed to work with the best advocates in women’s skateboarding to make sure that the right women skateboarders were included and that their interests were considered while developing our inaugural contest. With their guidance, we are looking forward to developing a long-term plan to include women in Super Crown and beyond,” says SLS President, Brian Atlas.

The competition will invite eight of the world’s best female professional skateboarders to compete at the SLS Nike SB Super Crown World Championship, October 4, 2015 in Chicago, IL. The roster will feature athletes: Leticia Bufoni, Alexis Sablone, Lacey Baker, Pamela Rosa, Vanessa Torres, Alana Smith, Marisa Dal Santo, and Samarria Brevard. The Women’s competition will be live webcasted around the world on StreetLeague.com on October 4th starting at 2:45pm ET. In addition, the Women’s contest will have a dedicated one-hour premiere special telecast on FS1 and FOX Sports GO on October 18th in the USA at 4pm ET.

“Our new partnership with SLS is truly historic. The creation of this event for professional female skateboarders will foster the growth of new female participants and expand the existing SLS fanbase. The unprecedented coverage the women will receive on FS1 and on SLS’s huge international webcast will advance skateboarding both locally and globally,” says Knoop.

Since 2005, Actions Sports Alliance has been responsible for organizing all Women’s X Games skateboard competitions and has consulted various contest organizers and event properties including the US Open of Surfing, Kimberley Diamond Cup and Vans Girls Combi Pool Classic. The newly formed WSA will continue to communicate and work closely with the Action Sports Alliance’s international advisory board whose members hail from Asia, Australia, Europe, South America and the US.

“I think it’s awesome that the Alliance has partnered with Street League. They’ve been advocating for female skateboarding since the beginning and without it we wouldn’t have had nearly as many opportunities,” says 2015 X Games Women’s Skateboard Street gold medalist, Alexis Sablone.

About Action Sports Alliance
The Alliance is a nonprofit association of professional women skateboarders and other action sports athletes who have united to develop and promote their sport by empowering and encouraging young women’s participation as well as increasing professional opportunities. For more information, visit actionsportsalliance.com and follow @thealliance_wsa.

About Street League Skateboarding
Street League Skateboarding (SLS) is the first-ever professional league for street skateboarding. SLS features 25 of the world’s most exciting skateboarders competing in an easy-to-follow, ISX™ instant scoring format on one-of-a-kind concrete skate plazas around the world, all for the largest prize purse in skateboarding history. Each Season, the elite SLS Pros compete for valuable championship points in hopes to advance to the Top Eight that will compete for title of Champion in the official street skateboarding world championship as sanctioned by the International Skateboarding Federation, the SLS Super Crown World Championship. Each World Tour stop of the 2015 SLS season will air live on FS1 and FOX Sports GO with a live international webcast on Streetleague.com. For more information, visit www.streetleague.com and follow @streetleague.