Quiksilver Files for Bankruptcy in the U.S., Brings on Oaktree Capital, Investor for Billabong 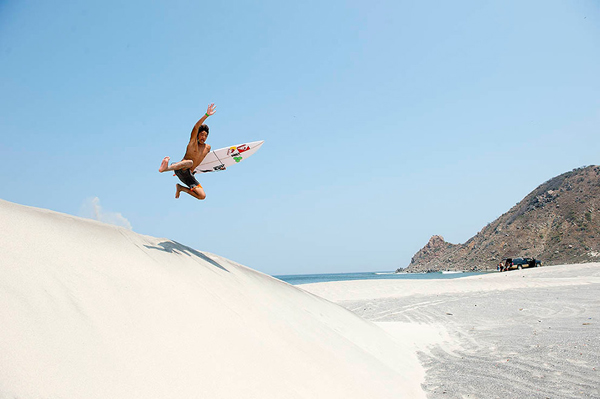 We saw this coming a mile away in our Youth Culture Studies when we noticed that Quiksilver started losing rankings in preferences among the youth marketplace starting around 2006. While many teen retailers blame the 2008 recession for the beginning of economic hard times, the real trouble is when your target market thinks you’re completely out of step with their lifestyles. Such was the case with Quiksilver, who among other things such as over-extension in growth patterns and brand acquisitions, simply was no longer in tune and was too arrogant and too late in thinking otherwise. When young people start to relate to a brand as “it’s what my Dad wears,” you know you’re in trouble.

Interestingly, the surfing industry still couldn’t seem to get their heads around the fact that Quiksilver was no longer the kingpin. Bob McKnight, who was put back on as Chairman of the Board earlier this year, was the featured speaker at the Surf Industry Manufacturers Association (SIMA) conference yet again.

Quiksilver’s filing for Chapter 11 is for the U.S. only so far and it will be de-listed from the New York Stock Exchange. Quiksilver Europe and Asia Pacific are still OK. Oaktree Capital Management, the investor who ironically injected Billabong with funding during its restructure, is giving the company $175 million. So now the two surf competitors are actually frenemies owned by the same investment group. Cozy.

Here’s more from Quiksilver:
Today, Quiksilver in the U.S. has announced financial and operational restructuring of its activities under the protection of American Law called Chapter 11.
The following summarizes the three information points that were made public:
1. The Quiksilver Group undertakes the financial and operational restructuring of its operations in the United States under the U.S. law known as Chapter 11 protection.
•   This procedure, filed with the competent court of Delaware District, aims at restoring sustainable profitability of the Company’s U.S. entities.
•   Quiksilver U.S. entities will continue to operate normally.
•   Chapter 11 is a commonly used procedure in the United States to protect companies wishing to reorganize their structure. This is, in any case, a first step towards liquidation or bankruptcy, which are subject to other specific procedures under US legislation.
2. Quiksilver’s businesses in Europe and Asia-Pacific are not affected by the procedure.
•   Quiksilver’s entities in Europe and Asia-Pacific, which represent the two most profitable regions of the group, are not affected by this procedure, which is exclusively American.
•   This decision will freed the Company from financial constraints, that American subsidiary’s difficulties were weighing on it. They will benefit of renewed means to develop their distribution network and invest in their marketing strategy.
3. Investment fund Oaktree enters the capital of the Group
•   Quiksilver, that will no longer be listed on the New York Stock Exchange (NYSE), will count on a new long-term investor, e.g. Investment fund Oaktree Capital, that benefits from an undisputed expertise in supporting enterprises within boardsports industry.
•   Thus, Quiksilver gives itself the resources to achieve its strategic plan’s objectives, ensure integrity of the Group and sustainability of its brands as well as safeguard jobs in Europe and Asia-Pacific.

Full Press Release: Quiksilver, Inc. announced its initiative for its U.S. entities to file requests to benefit of safeguards provided by the Chapter 11 of American law with the Court of the District of Delaware. The procedure of Chapter 11, approved by 73% of senior debt holders, will facilitate financial and operational restructuring of the Quiksilver’s U.S. operations, allowing the Company to restore its long-term financial health.
This procedure does not concern Quiksilver’s businesses in Europe and Asia-Pacific.

Following the filing of the proceedings, Quiksilver in the U.S. will continue to operate in the ordinary course of business as a debtor in possession, under the control of the Court. The U.S. entity requested that the Court approves the funding of $175 million by Bank of America, N.A. and Oaktree Capital Management L.P.. Quiksilver considers that this funding will be more than sufficient to ensure ongoing operations in the U.S.. The Company also requested the Court to ease its U.S. entities’ transition into Chapter 11 and protect its stakeholders and its customers.
Oaktree is a leader among global investment managers specializing in alternative investments, with over $100 billion in assets under management. The firm which emphasizes a value-oriented and risk controlled approach to investments has a proven track record of success assisting companies through the restructuring process and in the action sports industry.

The Plan Sponsor Agreement (‘PSA”) with Oaktree provides a comprehensive blueprint for the Company’s emergence from Chapter 11 as a going concern pursuant to a plan of reorganization. Oaktree has agreed to provide all necessary funding for the reorganization of U.S. entities and will convert its substantial debt holdings into a majority of the stock in the reorganized Company. The Plan Sponsor Agreement contains certain conditions, including confirmation of a plan of reorganization by the Court.

“After careful consideration, we have taken this difficult but necessary step to secure a bright future for Quiksilver,” said Pierre Agnes, Chief Executive Officer of Quiksilver. “With the protections afforded by the Bankruptcy Code and the financing provided by Oaktree, we will not only be able to satisfy our ongoing obligations to customers, vendors and employees, but we will also have the flexibility needed to complete the turnaround of our U.S. operations and re-emerge as a competitive force in the lifestyle brand marketplace. Our fresh capital structure will enable us to reinvigorate our brands and products. We are confident we will emerge a stronger business, better positioned to grow and prosper into the future.”

Agnes continued: “Oaktree’s financial strength and expertise, deep experience working with companies in situations similar to ours, and successful history operating in our industry make them an exceptional partner for us going forward. We value our wholesale customers as well as our vendors and suppliers and appreciate their support through this process. In addition, we thank our passionate and dedicated employees and athletes who remain our greatest assets. Quiksilver is, and as a result of this process will continue to be, an iconic leader in the action sports market.”

In connection with the filing, the Company intends to continue its existing store closing program to rationalize its store base in the Americas. As is customary, it is anticipated that the Bankruptcy Court will consider the Company’s request for “first day” relief promptly. The requested relief includes requests for the authority to make wage and salary payments, continue various benefits for employees, and honor certain customer programs, such as gift cards and returns on merchandise purchased prior to the filing.