Retail Round-up: VF’s Q3 Results with Vans Up 16%, Plus Re-launch of Women’s Collection; Adidas Group Unites Adidas and Reebok Under One Management Team

Once again, VF Corp’s Outdoor and Action Sports divisions are leading the charge for the mega-conglomerate with revenues up 5% to $3.3 billion and Vans up 16% in North America. The Q3 financials released Monday, October 21, 2013 indicate a strong quarter and changes including a 4-to-1 stock split.

“VF is at its best when we empower our brands to deliver innovative products, connect with consumers, and operate with efficiency and discipline,” said Eric Wiseman, VF Chairman and Chief Executive Officer. “Our third quarter results validate our growth strategy and our ability to deliver strong results in a challenging economic environment.”

“Our solid year-to-date results allow us to make significant, incremental brand investments while still delivering on our long-term earnings growth target,” continued Wiseman. “The announced 21 percent increase in our dividend and stock split demonstrate the confidence we have in our ability to consistently generate strong returns for VF shareholders.” 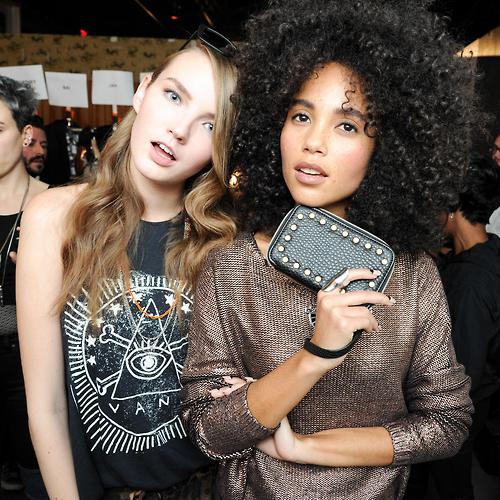 At the Vans launch party in Chelsea arts district, NYC.

Meanwhile in NYC, Vans re-launched their women’s apparel and accessories collections for SS14 in the Chelsea Arts District. Music was by Leigh Lezark and Geordan Nicol from The Misshapes and a live performance by Tracy Antonopoulos’ band Cable.

“It was exciting to be there as our friends in the fashion community watched the film for the first time,” said Creative Director Chrissie Miller. “It’s been such a great experience to work with Vans and all the ladies involved with the film.”

The new Vans apparel and accessories collection for women is set to hit stories this spring.

More news from the VF Financials:

Revenues rose 5 percent to $3.3 billion, compared with the same period of 2012, led by Outdoor & Action Sports, Jeanswear, and our International and Direct-to-Consumer businesses.  Gross margin improved 90 basis points to 47.6 percent, compared with 46.7 percent in the same period of 2012. With improvements in nearly every coalition, the higher gross margin reflects the continuing shift in our revenue mix toward higher margin businesses and moderately lower year-over-year product costs.

Net income on an adjusted basis grew 11 percent to $436 million in the third quarter, compared with $393 million in the same period of 2012. Consistent with expectations, revenues for The North Face® brand rose 3 percent globally. Third quarter results were driven by more than 25 percent growth in Direct-to-Consumer sales and flat revenues in the brand’s wholesale business due to the retailer calendar shift and later-in-the-year shipments resulting from retailer caution. When normalized for the retailer calendar shift, The North Face® brand’s global revenues would have been up at a high single-digit rate. By region, The North Face® brand’s revenues were up at a low single-digit percentage rate in the Americas (impacted by the calendar shift) and a low double-digit percentage rate in Asia Pacific, offset by a low single-digit percentage rate decrease in Europe.

The Vans® brand continued its strong performance on all fronts: wholesale, direct-to-consumer and in all regions of the world. Third quarter Vans® brand global revenues were up 16 percent driven by a low-teen percentage growth rate in the Americas, with 25 percent growth in Europe and a high single-digit growth rate in its Asia Pacific business. Globally, the Vans® brand posted strong mid-teen percentage revenue increases in both its wholesale and direct-to-consumer channels.

Third quarter operating income for Outdoor & Action Sports rose 2 percent to $421 million and operating margin decreased 90 basis points to 21.4 percent, compared with 22.3 percent in the 2012 period. This result was negatively impacted by the retailer shift in revenues from the third to fourth quarter and incremental marketing investments to position the coalition’s three largest brands – The North Face®, Vans® and Timberland® – for greater growth in 2014. Jeanswear third quarter revenues were up 4 percent to $747 million, driven by a mid single-digit percent increase in the Americas region, which included a high single-digit increase in its Mass business. European revenues were up at a low double-digit rate and in the Asia Pacific region, revenues declined at a high single-digit rate as the Lee® brand continues to work through an industry-wide build-up in inventories in China that began during the latter part of 2012.

Global revenues for the Wrangler® brand were up 8 percent driven by strength in the Americas region, with strong results in its Mass channel and continued strength in its Western specialty and Latin American businesses. Wrangler® brand revenues in Europe were up 10 percent on a constant dollar basis. Third quarter revenues for the Lee® brand were up 3 percent globally driven by a mid single-digit percentage increase in the Americas region reflecting balanced results across all channels. Third quarter revenues for the Lee® brand in Europe were up at a high single-digit rate with particular strength in Northern Europe, and as previously noted, the Lee® brand’s sales in Asia Pacific were lower.

International revenues in the third quarter increased 7 percent, up 4 percent on a constant currency basis. Americas (non-U.S.) revenues increased 13 percent (up 17 in percent constant currency) with strong performances from the Vans®, JanSport® and Reef® brands. Revenues in Europe rose 7 percent (up 2 percent in constant currency) with positive results by the Vans®, Wrangler®, 7 For All Mankind®, Eastpak®, Lee®, Kipling®, Napapijri®, and SmartWool® brands. In Asia Pacific, revenues were up 2 percent (up 3 percent in constant currency) driven by 10 percent growth in China which included strong results by the Vans®, The North Face®, and Timberland® brands offset by continued weakness from the Lee® brand as previously discussed. The North Face® and Vans® brands saw strong increases in international Direct-to-Consumer revenue in the quarter, up 19 percent and 44 percent, respectively.

International revenues were 40 percent of total VF revenues in the third quarter; consistent with the level reached in the same period of 2012. Four-for-One Stock Split and Increase in Dividend Approved

In a separate news release issued today, VF Corporation announced that its Board of Directors approved a four-for-one split of the company’s shares of common stock to be payable in the form of a stock dividend. Shareholders of record as of the close of business on Dec. 10, 2013 will receive three additional shares of common stock for each share of common stock they own, payable on Dec. 20, 2013. The New York Stock Exchange is expected to begin reporting the adjusted number of shares outstanding and adjusted per-share stock price on Dec. 23, 2013. 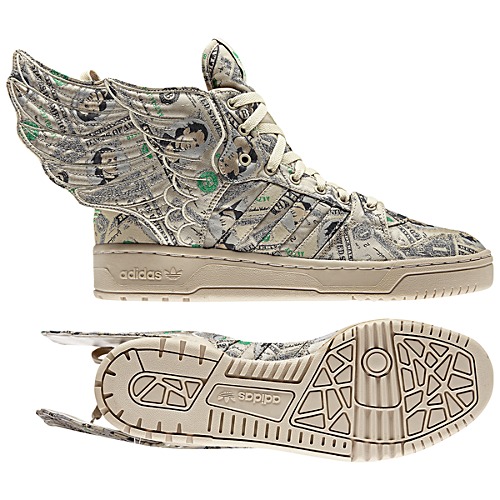 Adidas Group Brings Adidas and Reebok Under One Management Team

There’s a re-org going on at Adidas even though the brands Adidas and Reebok will remain in their respective locations of Portland , OR, and Canton, MA, respectively.

Under the new system, Adidas Group (including Reebok) will be lead by Patrik Nilsson, who is currently the head of Adidas North America. Uli Becker, president of Reebok North America, will be leaving the company.

According to Adidas Group, Nilsson will continue to report to Herbert Hainer, CEO of the Adidas Group. “With this new organizational structure, we ensure that both the Adidas and Reebok brands remain separate and distinctive, while leveraging the group’s strengths. This new setup will make our group stronger and grow our business faster in the U.S.,” Hainer continued.