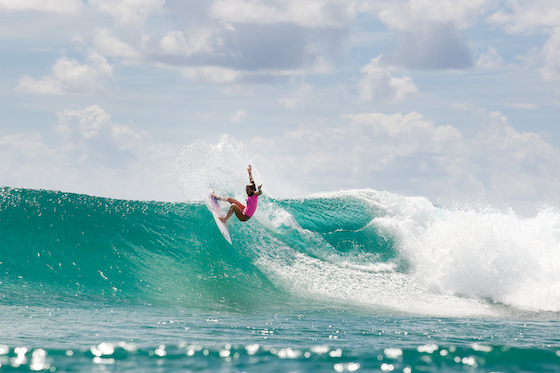 Today, St. Patrick’s Day, the Association of Surfing Professionals (ASP) announced the launch of the Los Cabos Open of Surf, a Women’s 6-Star Qualification Series (QS) event at the quality righthand pointbreak of Zippers from June 16-22, 2014.

The addition of the event is a historic step in surfing, as the Los Cabos Open of Surf represents the first Women’s ASP 6-Star competition in Mexico, contributing to the sport’s rich global history.

“We’re really happy to have the Los Cabos Open of Surf on the Women’s calendar,” Jessi Miley-Dyer, ASP Deputy Commissioner, said. “We’ve seen some excellent additions to the Women’s World Championship Tour and it’s important to build a strong Qualification Series to help shape our future champions. Having this event at a quality wave is a benefit to women’s surfing.”

“There is only one other women’s qualification series event in North America and having the Los Cabos Open of Surf is a huge benefit to our tour,” Brian Robbins, ASP North America Tour Manager, said. “I think the warm water and potential for quality waves will definitely draw some of the best surfers in the world and this event will play a deciding factor in who will qualify for the 2015 WCT.”

The Los Cabos Open of Surf is sponsored by the Los Cabos Tourism Board and ran in its inaugural year in 2013 as a Men’s ASP 6-Star event. 2014 will mark the Mexican event as the only combined Men’s and Women’s 6-Star competition in North America.

“We´re really happy to team up with the ASP in bringing some of the world’s best male and female surfers to Los Cabos and being part of history,” Ruben Reachi, Minister of Tourism of Baja Califo, said.

The Los Cabos Open of Surf holds a waiting period from June 16-22, 2014 and will be webcast LIVE via www.loscabosopenofsurf.com.