Fashion trade show season is underway, and after a successful launch at Agenda last week, here’s more of what to expect next in the realm of street, denim, urban contemporary, and youth lifestyles.

Selvedge Run
When Bread & Butter initially announced that it would be heading to Barcelona for the summer edition in 2015, Maria Klähn, owner of the Selvedge Online GmbH and Jörg Shane Brandenburg, the buyer of Burg & Schild, put together a plan for a new Berlin trade show that would fill the gap. Their concept was part Liberty Fairs-esque, part streetwear, and a mix of sports influences and heritage. The show concept they named Selvedge Run.

Since Bread & Butter’ summer show is uncertain, Klahn and Brandenburg have joined forced with Andreas Becker to debut their new show concept during the Berlin fashion week from July 7-9, 2015.

Brandenburg told Sportswear International, “We want to close the gap that has arisen in Berlin for the brands of our segment and have already experienced a great feedback. Selvedge Run will focus on work not on parties and will offer a good price-performance ratio to make it attractive also to US and Japanese brands to exhibit here.”

The location will be near the Spree river with boat shuttles to and from other Berlin trade shows Seek and Premium. So far, they anticipate around 40 brands.

During next week’s trade shows in Berlin, Selvedge Run will host an evening party to introduce the concept to potential exhibitors, buyers and media.

Meanwhile, Bread & Butter is hosting a “Back to the Streets” events during Berlin’s trade show season with around 40 brands showcasing at their two store locations in the city.

Project Brings in Japanese Exhibitors
Next week in New York, another set of fashion trade shows are underway including Agenda New York and Project New York. Project announced that it will be bringing in 10 new Japanese brands during it’s show at the Jacob Javits Center from January 19-21, including Innsonnia, Aldies, Aquvii, OK, Stof, Meanswhile, Bedsidedrama, The Black Eye Patch, Gypsy Three Orchestra and Ace.

According to President Tommy Fazio, “Men’s Market Week has become such a vital ingredient in the landscape of New York’s fashion industry. This season I really wanted to infuse the show with brands that I see to be beneficial to the marketplace. Aligning already successful, more established brands with new influential brands who are ahead of the curve, is only the first step.

My goal this season is to not only focus on the future and expansion of PROJECT but also to make strides in creating an official week of menswear programming – for retailers, press and the industry that builds a solid case for Men’s Fashion Week in New York.”

As we’ve seen over the past few years, there’s been more attention in streetwear and urban contemporary fashion on heritage, quality, and made in America manufacturing. Now, Pitti Uomo will reflect these trends in fashion with the opening of the Fortezza da Basso area called the Archivi—two adjacent twin spaces of 800 square meters that will be designed specifically to enhance post-industrial styles, concepts, and trends as the location for the Born in the USA project by Liberty Fairs.

“BORN IN THE USA is the child of cooperation with one of the world’s most vital trade fair organizations”, says Agostino Poletto, deputy general manager of Pitti Immagine, “Liberty Fairs, the U.S. fair created by Sam Ben-Avraham. Now, Liberty and Pitti Immagine will bring a selection of some of the best born-and-made in the USA brands to the Fortezza da Basso. A grouping that ranges from classic styles to sportswear, in step with today’s trends that put the focus on a product’s origins, a genuine mix of originality and style.”

Born in the USA show-within-a-show component to Pitti Uomo this year which will be telling in terms of how Pitti may change and influence other shows in the future.

Other debuts at Pitti this week include G-star’s Restored Denim, which brings another element of sustainability to the forefront with onsite menders repairing ripped denim apparel, and Slender Denim which is made from a more forgiving, stretchy fabric.

New Era is featuring new baseball caps but with herringbone fabric, giving the popular streetwear caps a touch of high-end design, which of course works well for the types of exhibitors and buyers at Pitti Uomo.

Stay tuned for more from trade show season at Label Networks, when we head to the Outdoor Retailer Trade Show in Salt Lake City, UT, next week from January 20-22, 2015. 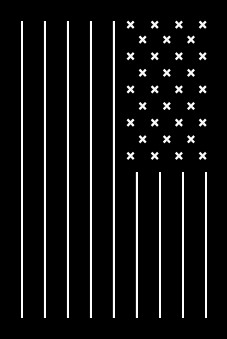