Katy Perry to Be the Featured Holiday Girl for H&M, Replacing Lady Gaga and Tony Bennett 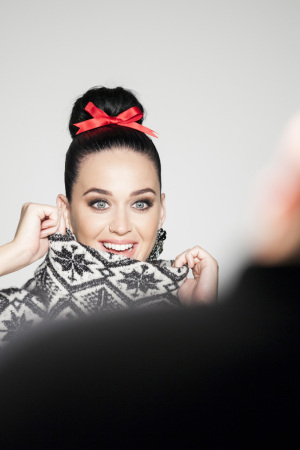 Fast-fashion retailer H&M is coming off another strong quarter with sales including increased by 14% in in June 2015 compared to the same month the previous year. They’ve also just announced that their new Holiday campaign will feature Katy Perry.

Katy, who got a significant boost after being on the Vans Warped Tour years ago, said that H&M has always been a part of her style.
“H&M was one of the places where I first began cultivating my personal style. I have continued to love integrating H&M pieces into my wardrobe throughout the years,” said Perry in a statement on Thursday, July 16, 2015, adding: “One of the reasons I love the holidays is being able to dress cozy and cute, which H&M executes so well for every budget.”

In an article on WWD, Pernilla Wohlfart, H&M’s head of design, noted the pop star for her energy and “her playful sense of personal style.”
Katy had previously collaborated with H&M to promote their Fashion Against AIDs collection in 2009.