World’s Best Female Surfers to Descend on Huntington Beach, CA at the 2015 World Surf League Samsung Galaxy Women’s Championship Tour, the Vans US Open of Surfing, Plus What to Expect at the Event 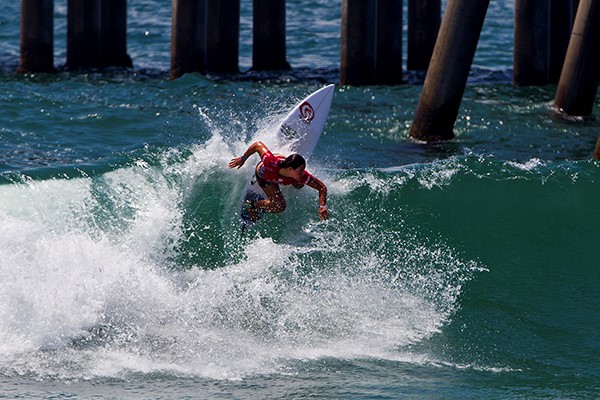 Defending event winner Tyler Wright (AUS) comes into the Vans US Open of Surfing ranked fifth on the Jeep Leaderboard and will face Stephanie Gilmore (AUS) and Laura Enever (AUS) in Round 1. Photo by WSL/Rowland.

The sixth stop on the 2015 World Surf League (WSL) Samsung Galaxy Women’s Championship Tour (CT), the Vans US Open of Surfing, will welcome back the world’s best female surfers from July 27 through August 2, 2015.

The high-performance beach breaks of Huntington Beach will serve as a midway point in the exciting hunt for the WSL Women’s Title with the Top 17 headlining the event alongside a men’s Qualifying Series (QS) 10,000 contest and Pro Junior event.

Carrying on the tradition of major competitive surfing at Huntington Beach since 1959, the Vans US Open of Surfing has evolved into one of the largest action sports festivals in the country, drawing huge crowds to celebrate the beach lifestyle and experience some of the world’s best surfing alongside world-class skateboarding, BMX, retail and art exhibitions. The full event window runs from July 25 through August 2, 2015. 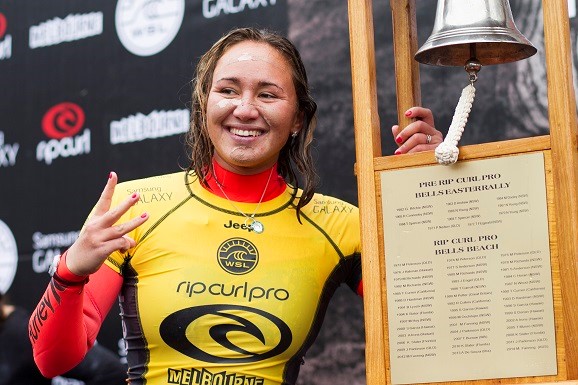 Two-time World Champion Carissa Moore (HAW) heads into the event as the Jeep ratings leader, despite an early exit at the recent Fiji Pro, and will lead the women’s elite to the hallowed sands of Huntington Pier. A fantastic season so far for the 2013 event winner has seen her claim back-to-back wins at the opening two events of the year and retain the Jeep leader jersey throughout 2015. Moore matches up against Silvana Lima (BRA) and the event wildcard in Round 1.

“It’s been a really fun year so far and I’m excited to be coming back to Huntington Beach,” Moore said. “The enthusiasm of the fans and the history of the event makes it really exciting for the surfers who compete there every year. Looking forward to the upcoming event.”

Defending event winner Tyler Wright (AUS) is currently in fifth place on the Jeep Leaderboard and will be keen to defend her prestigious title at the Vans US Open and improve her position on the ratings after a 9th place finish in Fiji. Wright will face Stephanie Gilmore (AUS) and Laura Enever (AUS) in the opening round of competition.

“Fiji didn’t pan out as well as I’d have liked but it was inspiring to watch Owen do what he did during the men’s event,” Wright said. “Still waiting to find my rhythm this year – same as last season. Hopefully I can find the same magic that I did last year in Huntington Beach.” 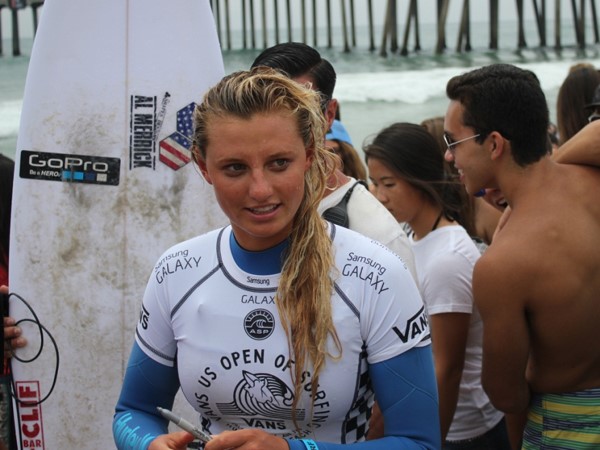 World No. 2 Courtney Conlogue (USA) is a former runner-up at Huntington Beach and after a series of sensational performances this season, including back-to-back CT victories, is a serious title contender and will be one to watch at the event. Round 1 will see Conlogue will battle Johanne Defay (FRA) and Sage Erickson (USA).

“Always love coming home and surfing the US Open,” Conlogue said. “It’s my home break and I feel comfortable and confident there. It will be great to have everyone in town and hopefully we get some good waves for it.”

Stephanie Gilmore (AUS) is hoping to return to competition after a two event absence following a knee injury sustained in Western Australia in April. The reigning six-time WSL Champion has dropped two places to eighth on the rankings and will be looking for a strong result at Huntington Beach after a runner-up finish at the event last year. Compatriot Sally Fitzgibbons (AUS) is also recovering from injury after suffering a perforated eardrum on her way to victory at the Fiji Pro. 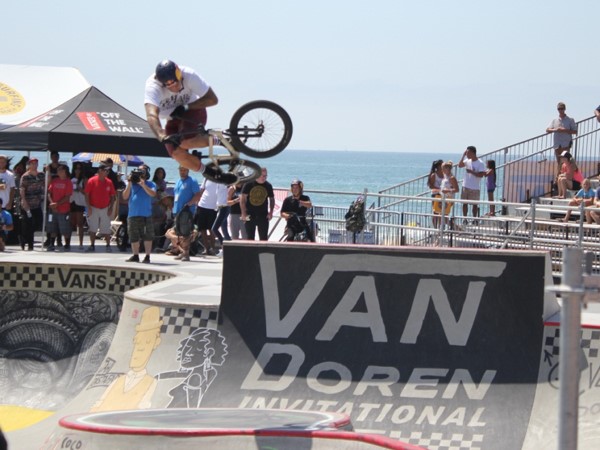 Other activities at the U.S. Open of Surfing include BMX and skateboarding competitions. Photo by Label Networks.

The Vans US Open of Surfing will run from July 25 through August 2, 2015 and will be webcast LIVE via WorldSurfLeague.com and VansUSOpenofSurfing.com.

In partnership with the WSL and event owner and operator IMG, the Vans US Open of Surfing will also host skateboarding and BMX, bringing premier action sports competition to Surf City this summer. As part of a festival-wide celebration of creative expression, the fan-driven event will also feature artist exhibits and installations, beach activities, and interactive sponsor displays.

“Nearly 50 years ago, Paul Van Doren opened the first Vans store just a few miles from the Vans US Open event site, the same place where he met surf legend Duke Kahanamoku and made him one-of-a-kind Vans to celebrate his unique style.  It’s an honor to carry forward that legacy of creative expression here in 2015,” said Doug Palladini, Vans’ vice president, general manager of North America. “The Vans family, along with partners IMG, WSL and the City of Huntington Beach, is looking forward to our third straight year of providing action sports and summer fun for thousands of fans within this historic surf community.”

The nine-day event is staged at the famed Huntington Beach Pier and is the largest professional surfing competition and action sports festival in the world. Hosting more than 300 world-class athletes in surf, skate and BMX, the event draws more than half a million locals and fans to this iconic location, and over a million views of its live webcast.

“Huntington Beach is the perfect stage to bring the local community together with passionate surf, skate and BMX fans to enjoy all the beach lifestyle and surf heritage have to offer,” said James Leitz, senior vice president, IMG. “We’re proud to be working with Vans and the WSL for the third year to stage such an incredible event.”

In addition to the exciting drama of the pro surf competition, Vans is pleased to bring back the Vans Joel Tudor Duct Tape Invitational, an innovative surf series dedicated to the expressive style and creativity of longboarding. A crowd-favorite, the Van Doren Invitational Skate and BMX contests, will also return, bringing the industry’s leading pro and amateur bowl riders together to compete in the legendary all-cement Vans Pro Bowl, live on the sand. In between competitions, spectators are welcome to experience the Van Doren Village, where families can enjoy movie nights, art exhibitions, athlete and artist autograph sessions and meet-and-greets, interactive photo booths, prize giveaways.

Stay tuned for more as Label Networks will once again be covering the Vans U.S. Open of Surfing live.