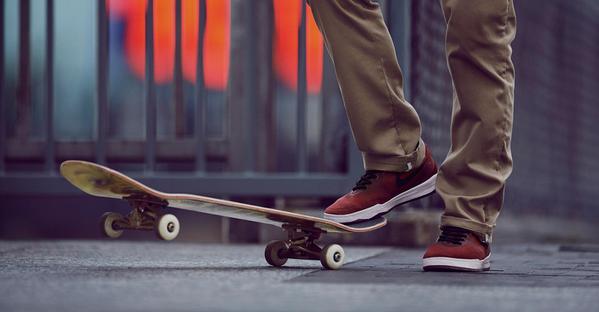 There’s a lot of interesting news coming from Nike these days, starting with the announcement that co-founder and Chairman Phil Knight plans to step down and is hoping for Mark Parker, CEO, to replace him.

This came on the heels of their latest financial news that its annual profits rose 22% to $3.27 billion, and its revenue is up 10% to $30.6 billion.
Three areas of significant growth have been Converse, up 14% at $435 million, “mainly driven by market transitions to direct distribution in AGS (Austria, Germany and Switzerland) and strong performance in the United States,” their extension into the growth marketplace of athleisure up 10%, and action sports, including Nike SB which overall accounts for $736 million.

“Fiscal 2015 was an outstanding year for NIKE,” said Mark Parker, President and CEO, NIKE, Inc. in a recent statement. “Our consistent growth is fueled by our connection to the consumer and our ability to deliver innovation at an unprecedented pace and scale. At no time in our history has the growth potential been greater for NIKE.”

According to our data on 13-25-year-olds, what we see growing mostly is Converse, which continues to be a popular brand among young teens. There are certain demographics that consider Converse their quintessential summer shoe and can easily have many pairs in various colors which they mix and match.

Obviously, Nike’s huge size and well-known design team makes it possible for the brand to experiment in many areas, but they have made changes in the past few years to better utilize skill sets.

For example, having Hurley basically take over Nike surf was an interesting tactic that seems to be paying off, since Hurley has such a long history in surf and has a better handle on the culture. They’ve also migrated the Hurley website and online store to Nike.com.

When Nike SB first came out, it struggled to find its footing (no pun intended) but now has a solid reputation for producing some of the best technical skateboard sneakers on the market, but also attracting the top skaters in the world. 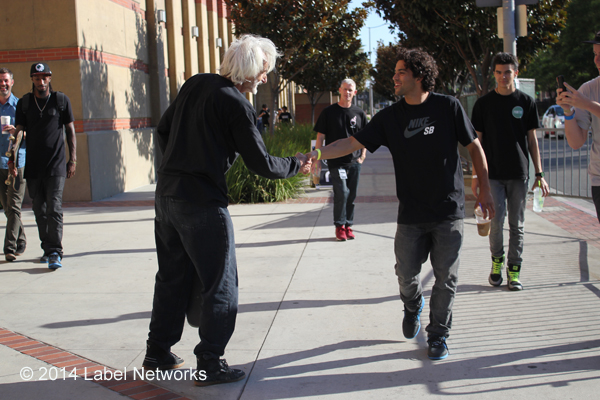 Paul Rodriguez greets his oldest fan outside the Galen Center during the Street League Skateboarding stop in Los Angeles. Sometimes the best things happen outside the arena.

Just last week, pro skater Paul Rodriquez released his 9th signature Nike model  called the Nike SB Paul Rodriquez 9 Elite which contains what’s called a hexagonal Zoom Air that allows the forefront of the shoe to have a low profile but greater cushioning and suede uppers that help with flipping your board. The shoe came out July 2.

The other big push which we see as essential is understanding the online shopping patterns of new buyers. Nike reported their online sales were up 59%. Says CEO Parker: “I’m proud to say our e-commerce business surpassed $1 billion in revenue this past year, a fantastic achievement from all of our teams. But really we’re just scratching the surface of our potential in this area. Global consumer spending through e-commerce exceeds $1 trillion, a significant portion of which is done on mobile devices.”

Online and direct to consumer through social media is crucial for reaching broader demographics. Parker also pointed out that “Nike Women’s launched the Instagram shop, a new tool that allows users to click a photo and be taken directly to nike.com product pages. And just last week we announced that we are one of the first partners to offer curated product collections through Twitter.”

At a time when many retailers and fashion and footwear brands are struggling due to changes in the economy and buyers spending patterns, Nike still seems to be a few steps ahead of trends and on target for growth moving into 2016.