Surfing Round-up: Billabong Pro Tahiti at Teahupo-o’s Classic Massive Swell, Plus Highlights from US Open of Surfing Featuring Festival Atmosphere, Johanne Defay Claiming First Victory, and Hiroto Ohhara, First Japanese Surfer to Make the Finals at the Vans US Open of Surfing World Championships of Snowboarding in Yabuli, China to Offer $500,000 in Prize Money, Plus the Latest from Ticket to Ride 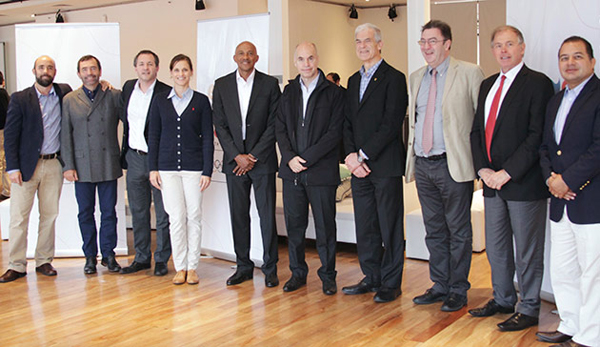 Wrapping up the second visit of the International Olympic Committee’s Coordination Commission to the Argentinian city of Buenos Aires, host of the 3rd Summer Youth Olympic Games in 2018, the IOC delegation concluded the two-day meeting today enthused by extensive plans to engage young people and innovate at every stage in the preparations. Photo by ©Prensa SSDEP.

The International Olympic Committee (IOC) continues to be behind the times, but at least they are bringing some things up to speed via the Youth Olympic Games and particular the Games in 2018 in Buenos Aires, Argentina.

Following the International Olympic Committee (IOC) Board’s approval last month of the sports program, which has put an emphasis on all team sports adopting a youth-focused discipline, they have added BMX freestyle, beach handball, kiteboarding, and cross country running. Of course there are many other sports with broader youth appeal than cross country and beach handball, but it’s a start.

Further work has been done to develop a “cluster concept” which includes four dedicated areas of the city that hopes to integrate the sport competitions with a more festival like experience including music, art, and other aspects of a sporting culture. 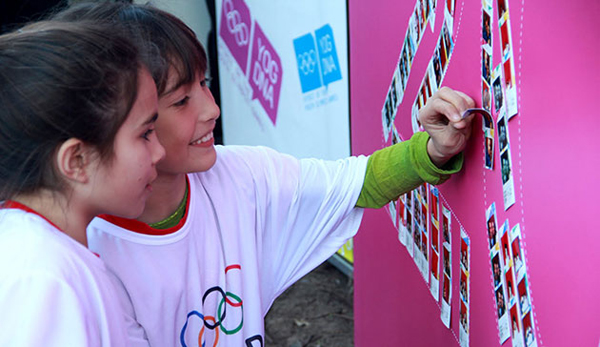 Youth engagement is a key component for the upcoming Youth Olympic Games–including a boost through social media.

A detailed outline of a Learn & Share program was presented – it will target not only the attending athletes, but also schools nationwide through Olympic educational programs supported by a strong digital presence and numerous city sports and cultural events featuring high-profile guests.

So far, the Argentinian National Olympic Committee (AOC) has reached over 850,000 spectators and close to 100,000 young participants in 163 sporting, cultural, and educational activities across the city. Public support is at 82.3% in favor of the Youth Olympic Games in Buenos Aires.
There is also a Youth Commission formed as an advisory board to ensure the project is catering to youth culture tastes and trends with a key emphasis on improving social and digital media in order to reach the 2.6 million young people in the city and wider national and global youth audiences.

IOC Coordination Commission Chair Frank Fredericks said: “We are bowled over by the energy, passion and creativity of this team. They want to make the Youth Olympic Games 100% unique and attractive to young people, and, with over three years to go, they have already captured the imagination of the people of Buenos Aires.”

On Friday, the Coordination Commission visited the construction site of the Youth Olympic Village in the south part of the city, the area of Buenos Aires targeted by the local government as in need of urban development and where 65 per cent of the nearly 4.000 athletes will be able to walk to their competition venues. Young architects have also been added to the mix in the design process and construction has recently started.